The Chainsmokers: We want our music to 'connect with people' 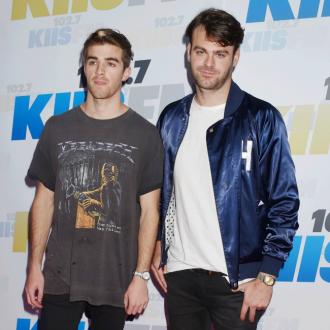 ''For example, yesterday, we got this email about a nine-year-old kid who was diagnosed with... I don't want to say a terminal disease, but he was going to be incredibly ill for the rest of his life. His brain was unresponsive and the parents were devastated. But they played a video of us performing 'Closer' and it was the first time that he responded to anything. He was dancing around in his wheelchair. And the parents were crying. I can't believe our music made this moment. The song means something so different to that family than it does to the frat kid in Delaware.''

And the pair - who recently collaborated with rock band Coldplay on their track 'Something Just Like This' - admit they've made mistakes in their past but believe they can still serve as role models to their fans because they ''own'' their imperfections.

Speaking to NME Magazine, Drew said: ''We've been through a lot this past year. Dealing with becoming famous and having people look at your life in ways that no one gave a s**t about before. How that affects your relationships with people that you're close to. And people that you're not close to but who want to be close to you.

''Talking about those times when you're not your best self and owning it. No one should feel that they have to be perfect. And we can be role models if we own our mistakes.''