The Black Keys' drummer Patrick Carney thinks Jack White is an ''a**hole'' after private emails leaked in which the singer slammed his band mate. 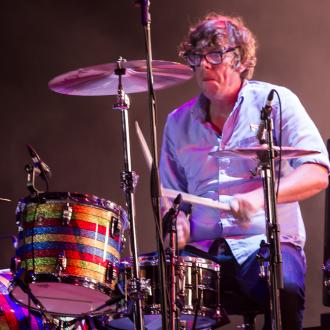 The musician has defended his band mate Dan Auerbach, who was slammed in private emails between Jack and his ex-wife Karen Ellis, in which he begged her to take his kids out of the same class as Dan's daughter in Nashville and also accused the band of ripping him off.

Patrick said: ''I actually feel embarrassed for him. I don't hold grudges, man. I really don't. We've all said fucked-up shit in private, and divorce is hard.

'' Those e-mails that Jack White wrote that got leaked, as f***ed up as that sh*t is, that was a private conversation, and it doesn't register to me.

''You know how horrifying it would be if all of our private sh*t was aired? And people go sniffing around looking for this shit. And ultimately it's no one's business.''

Dan, who also resides in Nashville, and rose to fame in a similar way to the 'Lazeretto' singer, didn't want to discuss the situation in depth and simply told Rolling Stone magazine: ''I don't know him, so it's extra-unexpected''.

Jack's email had read: ''My conce[r]n with Auerbach is because I don't want the kids involved in any of that crap.

''That's a possible 12 fucking years I'm going to have to be sitting in kids chairs next to that a**hole with other people trying to lump us in together.

''He gets yet another free reign to follow me around and copy me and push himself into my world.''