Supermarket chain Target have found themselves in a spot of trouble after insensitively naming their plus-sized dresses as 'Manatee Grey'.

Supermarket powerhouse Target have found themselves in a sea cow-sized PR disaster, after the supermarket chain re-branded the 'Dark Heather Gray' dresses being sold on their website as 'Manatee Gray' once the dress sizes reached the XLs. The ill-mannered mix-up has unsurprisingly placed Target in quite the predicament and in a bid to avoid any further action potentially being taken against the company by irked would-be shoppers, the company has already issued a full apology and removed the item from the  website.

The nautical mishap was spotted by Target.com lurker Susan Clemens who, upon noticing the renamed product, sent a Tweet to Target's official stream demanding an explanation. To their credit, Target were prompt and courteous in their response, apologising and then removing the item from their website to avoid causing further offence. Later, they gave a full explanation to Forbes, with Target spokesman Joshua Thomas stating that 'Manatee Gray' is a standard color name used across Target products, plus-size and otherwise, adding that the Mossimo Women's Plus-Size Kimono Maxi Dress was presided over by two teams of buyers responsible for the two dresses, meaning they each chose different colour names without consulting with each other.

This is not the first time a major clothing chain has made an offensive mistake when labeling an item of their clothing, with Urban Outfitters doing a similar stunt in 2010. At least Target's apology was a little more sincere that UO though, whose response to the 'Obama/Black' labeled t-shirt was simply "We screwed up, and are sincerely sorry." 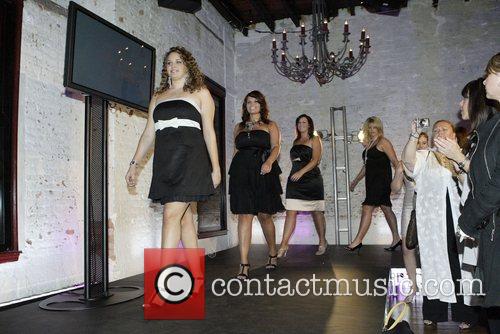 Plus Size Shoppers Were Unhappy With Target's Dress Description