Tame Impala will release a deluxe edition of 'Currents' next month, two years after the original album was released. 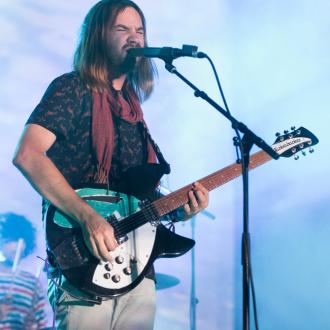 Tame Impala will release a deluxe edition of 'Currents' next month.

The Australian psychedelic rock band received critical acclaim for the third studio album in 2015, and they have now announced the record will be getting the deluxe treatment when a special edition hits the shelves on November 17.

According to a press release by Universal Music, the 'Currents Collectors Edition' will feature the original LP on a limited edition red marbled vinyl, alongside alternate artwork, a 12″ featuring two remixes, a 7'' and flexidisc with three b-sides, a poster, and a zine offering a ''candid glimpse'' into the making of the album.

Despite the deluxe album coming in a matter of weeks, frontman Kevin Parker - who is joined by Jay Watson, Dominic Simper, Cam Avery, and Julien Barbagallo in the band - said last year that the 'Feels Like We Only Go Backwards' rockers would be taking a break from music in 2017, having played travelling festival Laneway earlier in the year.

He said: I really don't know how that's going to feel because in the past, the album cycles haven't really ended with a bang, or even ended decidedly. They just sort of peter out. But this time it really is a bookend.

''I'm glad [the end of the tour is] happening at Laneway. There will be tears and cheers, and emotions will be running high. I think it'll be quite weird, but not without a sense of accomplishment.''

Kevin also noted that the 'Currents' album was a ''real door-opener'' for him, after it led him to collaborating with Lady Gaga and Mark Ronson on the singer's latest album 'Joanne'.

He added: ''This album was a real door-opener for me. It's funny, but I kind of knew it would be, just because of the way I was making songs, the way I was producing it. I sort of sensed that it wouldn't just be an album that came and went. I had a feeling that it would take me other places.