Former 1 heiress Tamara Ecclestone married Jay Rutland yesterday (11.06.13) in front of over 150 guests on the French Riviera and kicked off a three-day celebration. 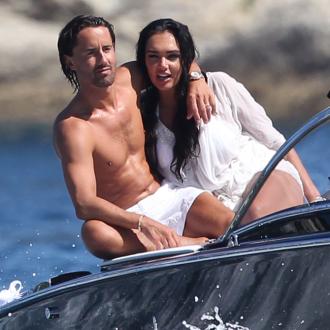 The couple - who have been together for five months - tied the knot on the French Riviera yesterday (11.06.13) to kick off a three-day, £3.5 million celebration.

The Formula 1 heiress made her vows in front of over 150 guests who are reported to have included Jason Statham, Rosie Huntington-Whiteley, Paris Hilton and Sean Connery, while Sir Elton John, Lionel Richie, Calvin Harris and Mark Ronson are believed to have performed.

The extravaganza - which featured a 30-minute firework display - was apparently paid for by Tamara's father Bernie, who also rented the Grand Hotel in St-Jean-Cap-Ferrat at a cost of £650,000 for the ceremony.

The 28-year-old model is rumoured to have worn a Vera Wang wedding dress after she was spotted back in April having a fitting with the fashion house.

Celebrations are set to continue after a beach party today (12.06.13) which saw guests adhere to a strict dress code of all-white ensembles.

The couple were spotted leaving the party on a superyatch, with Tamara pushing her husband into the water before they boarded.

Although not all details are available at the time of writing Tamara has previously spoken about her wedding hopes and admitted her sister Petra's two years ago was ''the best'' she'd attended.

She had said: ''Petra's wedding was the best I've ever been to. I'd like to have one abroad like hers.

''I wouldn't know what to do to make it as glamorous! It'll have to be really bling.