Billie Lourd has given birth to her first child with fiance Austen Rydell and paid tribute to her late mother Carrie Fisher with her son's sweet name. 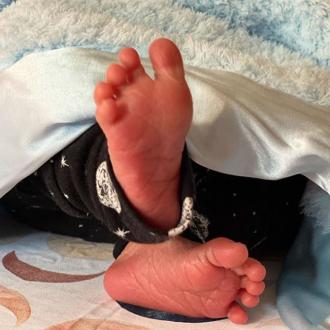 Billie Lourd has become a mom.

The 28-year-old actress surprised fans by announcing the arrival of her first child, a baby boy, with fiance Austen Rydell.

Several celebrities have congratulated the couple on the arrival of their little bundle of joy, including Carrie's co-star Mark Hamill, who played the Luke Skywalker to her Princess Leia in the 'Star Wars' franchise.

He wrote: ''Congratulations to #BillieLourd & #AustenRydell on the arrival of their firstborn child: Kingston Fisher Lord Rydell!!! I can't think of another baby with both 'KING' AND 'LORD' in their name. Nice. (sic)''

And Billie's 'Scream Queens' co-star Emma Roberts - who is currently expecting her first child - reacted: ''Screaming!!! Love you guys so much.''

Billie - whose father is talent agent Bryan Lourd - and Austen have largely kept their lives off social media, but in June, Austen announced he popped the question.

They had one break-up but reunited in 2017 and have been together ever since.

For Valentine's Day this year, both Billie and Austen shared gushing posts about each other on Instagram.

He wrote: ''I found the best girl in the world. Happy Valentines Day to us!! We're hangin with the redwoods today,'' while Billie said: ''All 'round the world you make my world go 'round #toinfinityandbaeyond (sic).''

Following their split, Billie briefly dated 'Twilight' star Taylor Lautner, and he supported her after the tragic deaths of her mother Carrie and her grandmother Debbie Reynolds, who passed away just a day apart from each other in December 2016.