Superego on the tough music industry, dream collaborations and being the best band in the world [Exclusive]

They have a new tour coming this Autumn.

You can't go wrong with a bit of 90s-influenced grunge which is why we love Midlands four-piece Superego right now. This year they released a new single entitled Loose, and we can expect more of that in the coming months. Plus, make sure you check them out when they hit the road this Autumn for a new tour. 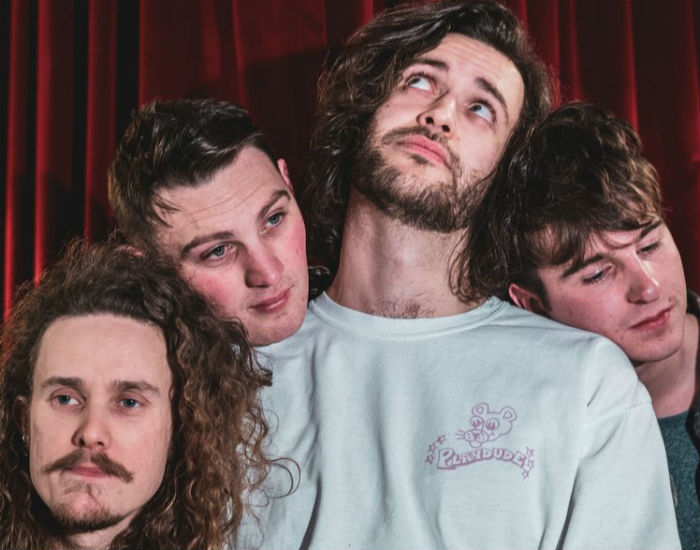 Hmmmm, well it's kinda alternative, grunge, indie. I guess. though loads of people like to tag us with the 'shoe gaze' description, and I'm ok with that haha.

Just getting music out there without any representation. It's all good getting songs on these streaming platforms, but it'd be nice to have someone chucking us on some playlists and shoving us out on the road! But that's all to come hopefully!

Music is incredibly difficult, it's always been difficult to monetise the arts, and to try and make a name for yourself whilst not earning anything from it is bloody tough. Everyone's got side jobs and to be honest they're just a boring distraction, but a financial necessity.

Well it's kinda the most important thing, to be creatively in charge of your own output. Having said that, we're always open to the opinions of others, particularly when it comes to those we work with on the production and mixing side of things. We've had a few songs drastically improved by the input of those we rope in for post production, and it's been a great experience every time.

I suppose I mainly draw influence from social issues, and how I personally cope with them. We seem to be going through some massive changes, particularly political and technological, which provides some serious issues of morality. And I'm incredibly intrigued by philosophies of morality and human behaviour. So there's a wealth of material to draw from! But then, of course, we have our musical influences, which for me, in terms of this project, are always Radiohead / Jeff Buckley / Nirvana and Elliott Smith.

Ooooof, that's a toughy. Erm, I guess it's too obvious to say Johnny Greenwood, right? I'd love to work with Ruban Nielson, from Unknown Mortal Orchestra, I think he's a clever dude with some great production ideas. I'd really like to collaborate with Davey from Boy Azooga, I reckon we could do some cool stuff. I'd also love to get Marika Hackman to sing on some of me tracks, that'd be cool.

Well we are actually the best band in the world, just not many people know it.

We just wanna get to the point where we can sustain ourselves through playing music, and can be regularly touring and playing festivals. Hopefully that day will come!

Touring! We'd love to be on the road, working an album, and playing festivals wherever we can!

Well, we're releasing 3 tracks pretty sharpish in the coming months. Then we're hopefully gonna be touring in the autumn and working on some more releases.