Visage's Steve Strange was laid to rest today (12.03.15) at a packed church in Porthcawl, South Wales. Family, friends and fans - including Spandau Ballet and Boy George - were there to pay tribute to the late musician. 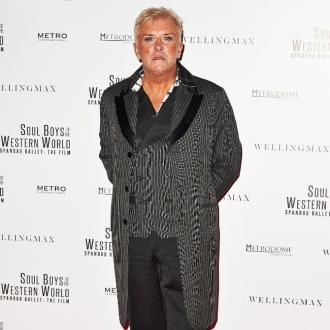 Stars packed All Saints Church in Porthcawl, South Wales to pay tribute to the late musician, who tragically passed away whilst on holiday in Sharm el-Sheikh, Egypt after suffering a heart attack last month.

Martin and Gary Kemp of Spandau Ballet and Boy George carried the coffin, which was colourfully decorated with music notes, photographs and prints of the band's logo.

The coffin entered into the packed church to the sound of a marching jazz band before one of the band's biggest hits, 'Fade to Grey', was played.

Family, friends and fans listened as Boy George paid tribute to the ''futuristic fashionista'', ''seminal pop star'' and ''wildcard''. His speech was met by applause from those within the church and the crowds congregating outside.

Spandau Ballet's saxophone player Steve Norman recalled how the late pop star supported him and Martin Kemp during the 1970s.

The Daily Telegraph newspaper reports that in the eulogy, he said: ''We did not have any money back then, and Steve would always pay for our drinks and whatever we wanted. He was a generous and caring human being with a massive heart.

''A lot of great stuff has been said about Steve since his passing - about how he shaped the 1980s - and it is very much deserved. I just wish a few more people had told that to him when he was around... He was a sensitive soul who needed that affirmation from people.''