Stereo Club talk to us about Columbian drug lords, alien invasions and 'The End Of The F**king World' [EXCLUSIVE]

In between trying to harness the power of social media algorithms to their best effect Cardiff's Stereo Club are busy preparing for a year of new releases and live performances. Now that CoVID restrictions look ever more likely to be lifted Stereo Club can finally connect with their fan base and start sharing their songs. The trio, made up of Ines Duarte (vocals/guitar/keys), Dan Waggon (bass/keys) and Ben Morris (drums/percussion), are all set to bring their Indie-Pop sound to new audiences this year. With a summer scented So-Cal sound Stereo Club combine the cinematic sounds of Brighton's Black Honey with the heady harmonies of The Go-Betweens on their tastily titled debut single 'Parma Violet Gin'. The track was produced by Grammy Award winning producer, engineer and mixer Jim Lowe who has worked with the likes of Taylor Swift, Nick Cave, Foo Fighters and Beyoncé to name but a few. Quite a coup for a band just starting to make an impression. With more tracks in the pipeline, including Want You Still, Cocaine Queen and Stay Young, as well as a remix of their current single by Finish band Pihka Is My Name, Stereo Club have a lot to look forward to in the coming months. Let's find out a little more about who they are and what they've been up to. 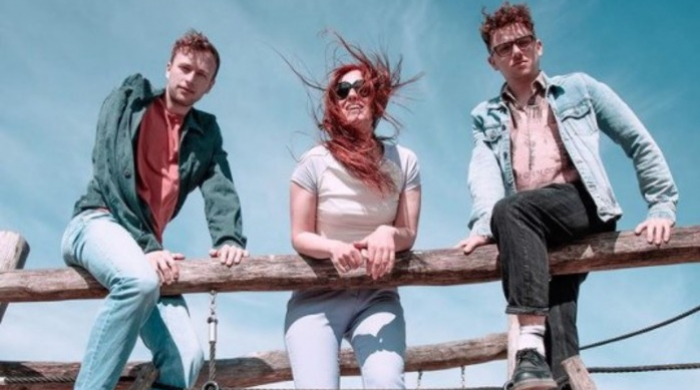 It's really hard to pinpoint a description to our music. When I try to explain the band to my friends, I usually describe us as "Travis from 1999 if the lead singer was a girl from Lisbon." I guess bright and dreamy indie pop would be another way of putting it.

Getting exposure and marketing our music is a constant challenge that we face every day. Trying to build a fanbase with very little gig opportunities (because of COVID) and only one song out is a nightmare. Mastering the algorithms of social media is a full-time job in itself, (trying to make our content as engaging as possible and getting people to actually click and listen to our music etc) and we're trying to do it in our spare time. But we're slowly getting there, people seem to be responding to what we're doing so it's positive, but we've got a long way to go.

It's extremely challenging to cut through the noise, there's lots of good music out there and building a unique sound that stands out is tough. Social media is now just saturated with content, so we need to work out what connects well with our fan base online, which will then hopefully translate offline at gigs - when we're allowed to start playing live again. It's also quite difficult knowing what path is best for us - do we self-release, or chase a record deal, for example, and so we really have to plan every move we make - and even then, it might not be the right one. Our way of getting through it is to research everything we do. For example, when we were finding the right producer to work with on this single, we ended up interviewing about 40 different producers, which included visiting them in their studios, until we found the right person who we just clicked with - we did the same when deciding who would make our music video. It's just about finding as much info as you can - but eventually you do have to take the plunge and make a decision, and that's always a risk. But everyone makes mistakes, and that's how you learn when you're new to the business! 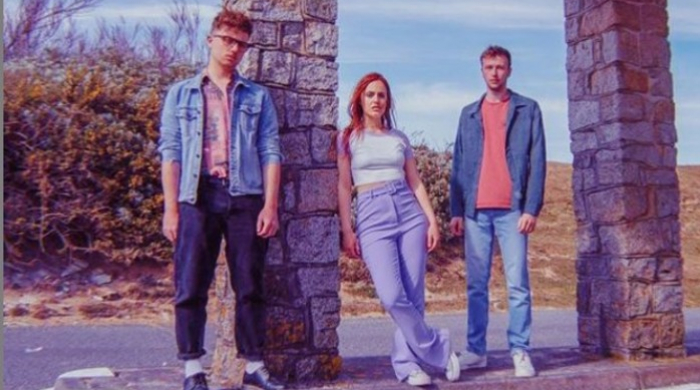 It's very important to have creative control so that we feel ownership over the finished music - we feel proud of what worked and can't blame anyone else for what didn't work. That being said, we are always open to people suggesting ideas and trying new things out - that way we don't get stagnant in our way of doing things. But at the end of the day, it's important that that final decision is ours, and that's the only way we will achieve and maintain a sound that is unique to us.

It is a mixture between music we love and stories we hear about. Many of our songs have been inspired by films, TV shows, books and documentaries - we're inspired by pretty much anything! For example, we have a song called The Prophecy which is our musical interpretation of a painting called Garden of Earthly Delights by Hieronymus Bosch. We also have a song about an alien invasion, inspired by a programme called The 100 - actually we have about 3 songs inspired by that show haha! Another example is from when I was watching the Netflix series The End of the F*****g world, and there was a beautiful shot of the main character James looking at Elissa sitting in the back of his car through his rear-view mirror. And that image stayed with me and a few days later, we had written a song called Back Seat Baby - which then developed into a track about the Santa Rosa Hitchhiker murders, with the character in the song admiring his next victim through the mirror. We also have a cool song about Griselda Blanco, a Columbian drug lord, called Cocaine Queen - which I'm sure will be coming your way within the next year.

At this point in time we are quite keen on combining our music with  DJs like Emancipator - that would make for a very interesting sound! We like to collaborate with people that are able to contribute new ideas and sounds to our music that we wouldn’t think about so we are always keen on collaborating with new producers/remixers. In terms of other collaborators, singing with Kelly Jones of the Stereophonics would be a dream come true, and a cheeky feature on a Gorillaz track would be lovely!

Although we're a Cardiff based band, our drummer and bassist are in fact both from Essex - though they never knew each other whilst living there. Well at least they thought they didn't. It was not until Dan's old keyboard player messaged him, after joining the band, when we found out that they've actually played on the same line up at a gig in Chelmsford about 4 years prior. Small world!

At this point we'd love to just get out gigging again and continue to build our fan base. We love writing and playing music and to work our way to a position where we could consider doing it as a career would be incredible. In the immediate future, a few festival slots next year would be a great start to achieving our aims.

If the Mediterranean is still off the cards, we'd settle for a gig at Cardiff's Motorpoint arena! Headlining of course.

Well firstly, we have our music video for Parma Violet Gin, which is out now! We've then got 3 or 4 more singles coming up in the next twelve months, one called Want You Still, another called Stay Young and a few others which are currently being worked on. We also have an exciting collaboration with an electronic-music duo called Pihka Is My Name, from Finland, who have produced a stella remix of Parma - which will also be coming out in a few weeks' time. Then there's plenty more in the pipeline next year too, including a return to performing live - so watch this Space!