Many of Pierce Brosnan's former co-stars have expressed their condolences following the tragic passing of his daughter Charlotte from ovarian cancer. 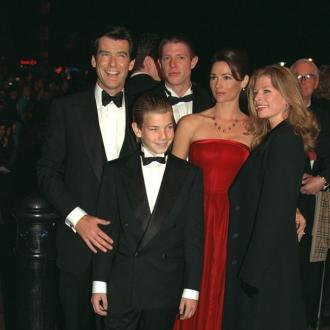 The actor's friends and former colleagues took to Twitter to express their sympathies following his sad announcement that his 41-year-old daughter passed away on June 28 after losing her battle with ovarian cancer.

Denise Richards - who starred with Pierce in Bond film 'The World is Not Enough' - tweeted: ''My heart goes out to Pierce Brosnan & his family.. so devastating. (sic)''

Robert Davi - who appeared in the 007 adventure 'License To Kill' with Timothy Dalton - posted: ''Just been informed - my friend Pierce Brosnan has lost his daughter to an illness - my prayers and love go out to him and his family.''

Tributes are still flooding in for Charlotte, who was diagnosed with the disease three years ago and lived in Surrey with her husband Alex Smith, daughter Isabella, 14, and son Lucas, eight.

British TV presenter Eamonn Holmes said: ''Terribly sad to read this morning about the death of actor Pierce Brosnan's daughter from Ovarian Cancer. Thoughts and prayers to the family.

''Pierce Brosnan has been the nicest, most friendly, accessible, down to earth movie star I have met. He's had more than his share of sadness.''

Charlotte's mother, Bond actress Cassandra Harris - who was married to Pierce from 1980 until her death in 1991 aged just 43 - and her grandmother also both tragically died from ovarian cancer.

Piers expressed his desire to help scientists find a cure for this ''wretched disease'' in a heartfelt statement, praising his daughter - who he adopted along with her brother Christopher in 1986 - for her courage and dignity.

Fans have already pledged to help raise money for cancer research, with one posting: ''Will be running the Race4life on sunday with Piers Brosnan's family and daughter in mind. Rip x (sic)''

Pierce and Cassandra also had a son, Sean, in 1983. The actor has been married to Keely Shaye Smith since 2001 and the couple have two children, Dylan, 16 and Paris, 12.