The first trailer for 'Star Wars: The Force Awakens' has been released, showing the iconic Millennium Falcon spacecraft as well as new-and-improved lightsabers. 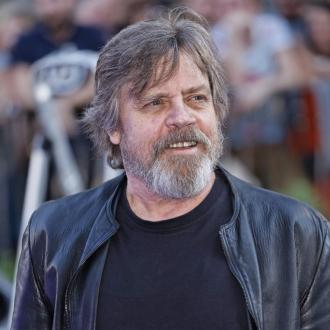 The first trailer for 'Star Wars: The Force Awakens' has been released.

The short clip features snippets from the film including shots of Stormtroopers and a spherical droid, as well as the iconic Millennium Falcon spacecraft.

The teaser begins with a voiceover saying, ''There's been an awakening, have you felt it?'' before the action-packed sequence begins.

Towards the end of the video, a new type of lightsaber which features a crossbar is also revealed as a hooded figure pulls out the weapon in a snowy forest. The weaponry progression follows innovations in previous films, including the double-edged lightsaber in 'Star Wars - The Phantom Menace'.

Towards the end of the video, viewers are treated to the return of the lightsaber

Earlier this year, cast members from the original trilogy of films confirmed they would be returning to the franchise, with Mark Hamil reprising his role as Luke Skywalker and 'Indiana Jones' actor Harrison Ford and 'When Harry Met Sally...' actress Carrie Fisher also returning to play Hans Solo and Leia.

Directed by 'Star Trek' filmmaker J.J. Abrams, the movie will revisit the George Lucas saga thirty years after the 1983 film 'Star Wars: Return of the Jedi'.