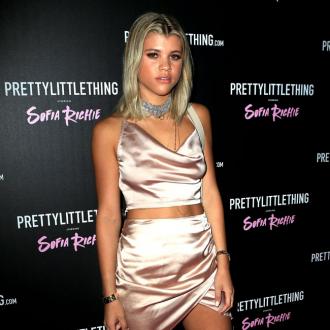 In particular, the teenage star - who is the daughter of music icon Lionel Richie - is bored of having to listen to Scott complain about Kourtney's burgeoning romance with Younes Bendjima.

The insider told HollywoodLife: ''She's tired of listening to Scott complain about Kourtney and Sofia really doesn't like to hear Scott whine about Younes taking his place.''

Sofia and Scott are said to have been ''bickering'' a lot over recent weeks, and the model is losing patience with the 34-year-old star.

The source added: ''For Sofia, it's a real turn-off when Scott stalks Kourtney online and obsesses about her, there is only so much more Sofia can take.''

Meanwhile, Kourtney recently insisted that Scott needs to respect her ''boundaries'' amid her new romance with Younes.

The 'Keeping Up with the Kardashians' star explained that whilst Scott still visits her home in order to see his brood, new boundaries must be put in place now that she's moved on with the hunky model.

Speaking to her ex-boyfriend, she said: ''I just felt like we should discuss some of the boundaries in the house. I feel like sometimes because this was your house, sometimes I feel like you walk in like it still is.''

The brunette beauty - who has been dating Younes since 2016 - cited one particular incident when Scott wandered into her bedroom to look for sunglasses.

Kourtney explained: ''I feel like it has to make sense for my relationship too.''