Sofia Richie and Scott Disick still 'in touch' despite split

Sofia Richie and Scott Disick have ''stayed in touch'' since their split this week, with friends of the former couple expecting them to ''get back together at some point''. 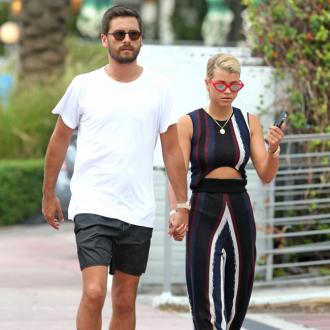 Sofia Richie and Scott Disick have ''stayed in touch'' since their split this week.

The former couple ended their romance this week after almost three years together, but sources have claimed they could already be set to give things another go, because they've been ''texting'' non-stop since their breakup.

An insider told Us Weekly magazine: ''Scott and Sofia's breakup is definitely a real breakup, but they have been staying in touch and texting since they split. Their friends think that there is a big chance they could get back together at some point.''

Meanwhile, it was previously reported the pair could reconcile earlier this week, as this isn't the first time the 21-year-old model and the 'Keeping Up with the Kardashians' star have called time on their romance.

A source said of their split: ''They are technically 'split' but Sofia has been in touch with Scott. There wasn't a fight or anything bad that happened between them. Sofia simply wants to do her own thing whilst Scott takes care of his health. Sofia thinks Scott has a lot on his plate right now and thinks it's best for them to be apart so he can focus on himself. She is only looking out for him and his best interest and it was primarily her decision for them to split. Sofia has been spending time with her family and has taken majority of her stuff out of Scott's house.''

And they later added: ''It's very likely they will reconcile.''

It was also claimed Sofia - who is the daughter of Lionel Richie - isn't letting her relationship with 37-year-old Scott ''define'' her.

Another source said: ''There's always been a bit of tension with Sofia not wanting to be defined by her dad's career or her relationship with Scott. She's been trying to separate herself more from Scott career-wise as well and pave her own way.''