Sister Act remake in the works

Disney is remaking 'Sister Act', to be written by Kirsten 'Kiwi' Smith and Karen McCullah 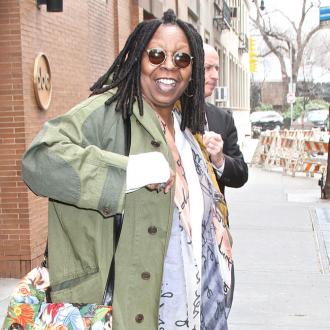 'Sister Act' is being remade by Disney.

Screenwriters Kirsten 'Kiwi' Smith and Karen McCullah are in the process of penning the script for the upcoming reboot, The Wrap reports.

Meanwhile, Allison Shearmur - who produced Disney's live-action movie 'Cinderella' - is also on board for the remake.

The original film starred Whoopi Goldberg as a Vegas performer who puts together a gospel choir in a nunnery while hiding from a mob boss.

Following the success of the first instalment - which also starred Dame Maggie Smith and Harvey Keitel and earned $232 million worldwide - Whoopi returned for the sequel 'Sister Act 2: Back In The Habit'.

However, it's yet to be confirmed whether the 'Ghost' actress will be making an appearance in the reboot.

The 59-year-old star recently returned to her role as a panellist on US chat show 'The View' following the death of her older brother, Clyde Johnson, from a brain aneurysm last month.

She said at the time: ''Thank you for all of the outpouring of sympathy.''

In a moving tribute to her brother - who was 65 when he passed away - she added: ''My brother Clyde was an amazing cat. He was the funny one of the family.''