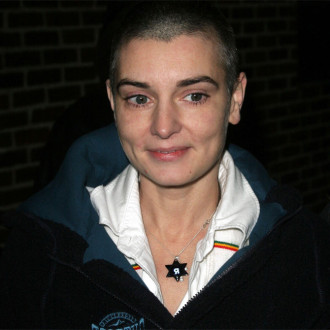 Sinead O’Connor has announced her first album in eight years.

The 'Nothing Compares 2 U' hitmaker will release 'No Veteran Dies Alone' in early 2022.

Sinead has shared a few details about the upcoming follow-up to 2014's 'I’m Not Bossy, I’m The Boss', including that it is comprised of seven songs.

The record is produced by studio wizard and musician David Holmes - who has previously worked his magic on albums by Primal Scream and Noel Gallagher.

He has hailed the Irish star's “undeniable” vocal performance on the collection.

A firm release date and the track-list are yet to be revealed.

The album news comes after the 54-year-old singer recently admitted to having mixed feelings about the prospect of retirement.

Sinead is torn between not wanting to disappoint her fans and wanting what's best for herself and her own happiness.

She said: "Part of me really wants to retire and the other half, if I'm honest, just doesn't want to let people down. But you know, that's why Amy Winehouse is dead."

Meanwhile, Sinead has alleged she endured a violent confrontation with Prince during a visit to his "macabre Hollywood mansion".

The singer scored the biggest hit of her career in 1990 with her cover of the late pop icon's song 'Nothing Compares 2 U' and she claimed she was summoned to his home for a meeting with the 'Purple Rain' hitmaker in 1991.

In her new tell-all memoir 'Rememberings', she claims Prince "chastised her for swearing in interviews, harangued his butler to serve her soup though she repeatedly refused it, and sweetly suggested a pillow fight, only to thump her with something hard he’d slipped into his pillowcase".