Sigrid cries a lot in the studio

Sigrid has revealed she is an emotional wreck in the studio and turns into the Hulk when she is on stage. 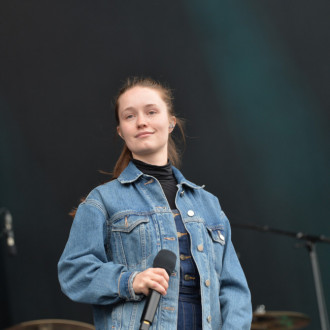 Sigrid cries "a lot" in the studio and lets out all of her emotions on stage.

The 24-year-old Norwegian pop star felt like the Hulk when she performed at Glastonbury festival because she was bursting at the seams with "adrenaline and emotion".

Speaking on the 'Art of Living Now' podcast, she said: “I like safety but there is something inside of me that wants to f*** it all up. I think that’s the energy I bring on stage.

“When I played Glasto I had never had that experience before. I felt like the green Hulk. I was running around on stage and I had so much adrenaline and emotion.

“I take all those emotions out on stage and it’s the only time where I feel really cool.”

And the 'Mirror' singer doesn't leave a dry eye in the room when she is penning tunes.

She added: “I cry a lot in the studio and the people I work with start to cry because we are talking about deep stuff.

“You are vulnerable because you have to go there. For me that’s where I get the best stuff, when I dare to go down there.

Meanwhile, Sigrid previously revealed she needs to have "discipline" when she is working or she gets easily distracted.

She admitted: "I need discipline. If it's only vibes, I get lost.

"It's phone on flight mode, boom.