Prince Asked His Longtime Sidekick Sheila E To Marry Him During A Stirring Live Rendition Of His Ballad Purple Rain. 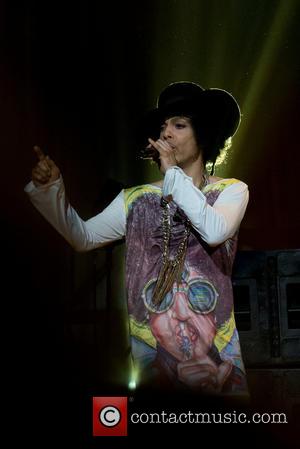 Picture: Prince, Prince Rogers Nelson and 3rd Eye Girl - Prince performs at the First Direct Arena in Leeds on the last night of the UK...

The percussionist briefly romanced the pop superstar while serving as a bandmate and opening act on Prince's Purple Rain tour in the mid-1980s, and reveals she almost became his first wife.

She tells U.S. news show Access Hollywood Live, "It was during the Purple Rain song; we were playing the song onstage... (and) he just turned around and said, 'I love you, will you marry me...?' It was just him and I, like, no one else was around."

The lovely Latina, real name Sheila Escovedo, admits her relationship with Prince began in 1978 when she approached him backstage at a listening party.

She recalls, "I went to see him perform when his (debut) album first came out and when I introduced myself to him backstage he turned around and said, 'I know who you are; you're Sheila Escovedo, I've been following your career for a long time. I'm such a fan of yours'."

But even Prince couldn't match up to Sheila E's first love, Carlos Santana, who she romanced at the beginning of her career.

She adds, "It was heaven. It was amazing... I grew up listening to his music, I was a fan, but my uncle and my dad also played in his band for many years. I have a thing for guys who play guitar.

"It was brief but it was nice. Your first real, real love, I mean, that was pretty amazing."