Seven artists that made me: Jett Rebel

Few people in the world are in love with classic music like Jett Rebel, a Dutch pop-rock musician who's set to release his new single 'Waiting For The Weekend' next month. He unveils his top seven favourite artists as he gears up to hit the UK for a very special date at London's Notting Hill Arts Club on June 11th. 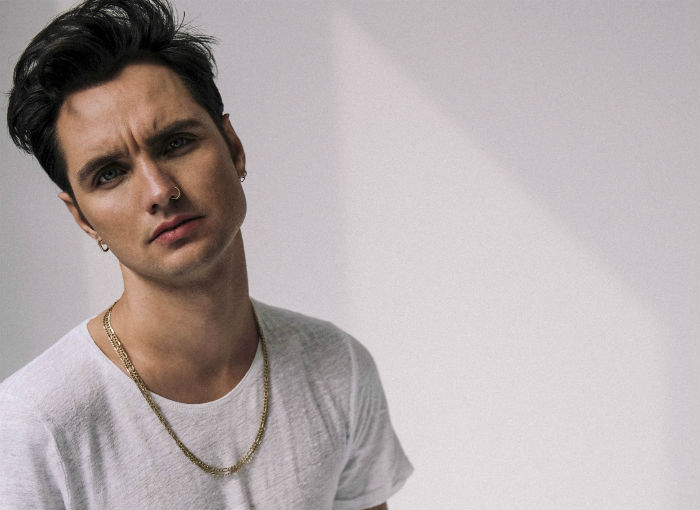 Who hasn't been inspired by this guy. As a kid I was obsessed. I used to do the street music thing and sit down and play some Elvis songs with a sign that read: "need money for Elvis CDs". It reached a point where I tried to dress like him and wore my hair to school like him, every day. I did this at least from when I was 5 until I was 11 years old. By that time I probably got into Nirvana and died my hair purple.

I think the first record I really loved was "Songs in the Key of Life". I think I was about 3 or 4 when I truly discovered it and stole it from my parents. I learned some of the songs on piano by ear, and sang along. There was a documentary about the record process, which my dad had recorded on cassette for me (called "Classic Albums"). I watched that so many times, I felt I really got to know Stevie, and learned a lot of stuff about recording from that. Also (since we in the Netherlands use subtitles) I learned a lot of English words through that documentary.

One of my all-time heroes, Brian Wilson, best known as founding member of The Beach Boys. It's hard to explain my love for this man and this band's music. I think through "Pet Sounds" I fell in love at some point. I must have been about 18-years-old back then. It just kind of hit the spot. I think as a fan we feel like we can relate to our idol. This is absolutely the case for me with Brian. I feel like I know him, and understand him, and we are very similar thinking people in some ways. Of course I don't know him and probably never will, but he's my idol.

I will forever love Joni Mitchell. There is no-one like her. She has written songs and records that are a complete world on their own. Some of my all-time favourite songs are written by her. I must admit that there's also part of me truly in love with her. Her voice and her playing, her appearance. Unlike some of my other idols, I don't feel like I understand her. She's a complete mystery to me, but so incredibly cool. I wish more people realized how special she is, I'd love to have an 80 feet high statue of her in my garden.

Also a very early love of mine. As a kid I had the "Fly Like An Eagle" record, also stolen from my parents, and played it a million times. Pre-downloading era, we used to go to the library and rent CDs. Record those on cassettes, and later burned them on empty cd's. I spend many hours in the library just listening to CDs before picking the maximum of 5 you could take home. I once brought home a live record by Steve. It took my some time to realize he is actually one of my favourites, if not favourite, singer. His voice is just incredible and underestimated. I've seen him live for real later on, and I will always admire him, and his amazing voice and songs.

As a kid, I was initially more drawn towards the bluesy Mac. Their style and Green's playing inspired me so much in my own playing. At some point I got into the Buckingham/Nicks era also, and eventually like everyone in the world grew to love "Rumours", and their other records. I (like so many people) started thinking of the Blues and Pop Mac as two different bands. But this was before I realized that they have made some amazing records in between. The ones with Bob Welch in particular. I love those records and they explain why and how a blues group could turn in to one of the greatest pop groups this world has ever known.

Possibly my greatest inspiration. My personal answer on the question: "What do you want to be when you grow up?". "Todd Rundgren". His own music, his writing, his playing and his work for other people. He has done it all. If you don't know about him, look him up, he has influenced music so much more then we usually realize. Other than that it's impossible to put in words what he means to me. I recently met him, and it was one of the happiest moments of my life. My hero.

I have all of these artists and bands tattooed on my body. Todd, Brian and Elvis even have a portrait. All the above are always with me that way. I've tried, but this love is too big to put in words.