Seven artists that made me: Yes We Mystic

Who inspired Yes We Mystic?

The unique Yes We Mystic released their new album 'Ten Seated Figures' recently on Devilduck Records. They are currently on their UK tour with dates in Leeds, Bristol, London and Wales this month. Vocalist and guitarist Adam Fuhr opens up about the seven artists who have had the biggest influence on the band's sound. 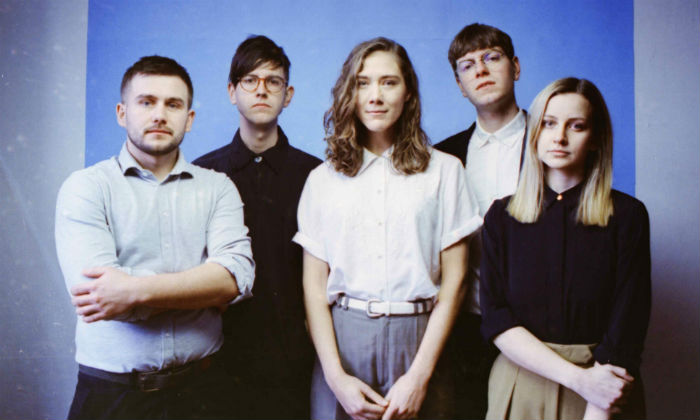 We played a show with Big Thief a couple years ago and I'm ashamed to say that I missed half their set because I was outside eating pizza. Once I got back into the venue, I quickly realized what I was missing, downloaded their album and listened to it in the van 5 times the next day. The songs are built up in the classic rock formation - drums, bass, two guitars - but are filled with inventive choices, and Adrienne Linklader is certainly one of the best lyricists working today.

It kind of feels unwise to talk about liking Coldplay. I've had conversations about this backstage at festivals where I can see the eyes roll. But those first four Coldplay records are amazing! The tones are great, the emotion can be moving and the choruses are huge. Of course, there's moments where it gets a little cheesy but they're swinging for the fences and trying stuff out. If they quit after Viva and were just getting back together for a reunion tour now or something they'd be seen as lost geniuses. But they jumped the shark and have only written like three good songs in the past ten years unfortunately.

Talking Heads is not a band any of us really listened to growing up, but then we found out how similar of a mindset they had to us about subversion in art and we came to fall in love with the music afterwords. Also Tina Weymouth is one of the all time badasses in music.

Jodi and I went to a festival that David Byrne played last spring and he's still got it - it was the best show we've ever seen because it was daring, inventive, striking and political, but also goofy and dancy and fun. That's a hard combo to get right.

Kate Bush! There's too much to say! Hounds of Love is one of the greatest records of all time, and she produced it herself. Weird sounds and bold ideas, a giant inspiration.

My mom showed it to my dad when they were dating and it had just come out and he didn't really like it and that made her sad. She showed it to me 30 years later and beamed with pride when I said that I loved it too! My dad even gave it another go a couple weeks ago and said he'd changed his mind.

Royal Canoe are hometown heroes where we're from. We were in our late teens and just starting out when they, a decade older, put out their album 'Today We're Believers'. They have a lot of instruments on stage, and getting to see that complexity up close and often helped us not be afraid as our ambitions and input list grew. As we acquired the mass of instruments that we tour with today, we could always say - 'well, it's still not as much as Royal Canoe has...'

Not much to say about Radiohead that hasn't been said. In Rainbows is my favourite album of all time. No matter how complex this band is, how obtuse it seems, it's always built upon a solid base of really, really good songwriting.

When David Bowie died I couldn't stop thinking about how he was the only artist that I had liked nonstop with no breaks or exceptions since I was a child. He was so cool and was making good art up until the end. His final album, Blackstar, is one of his best, and that's very inspiring to me - would have been easy to think that his best work was behind him, to cower from making something new because he could be laughed at. But instead he doubled down and got even more inventive. I still get chills thinking about it.