Seven artists that made me: Slothrust

They're set to drop their new single Peach on May 3rd following a sold-out UK tour earlier this year, and now LA-based Slothrust are set to tour across the US over the next three months. Bassist Kyle Bann got in touch with us to reveal the seven artists that have had the most influence on him as an artist. 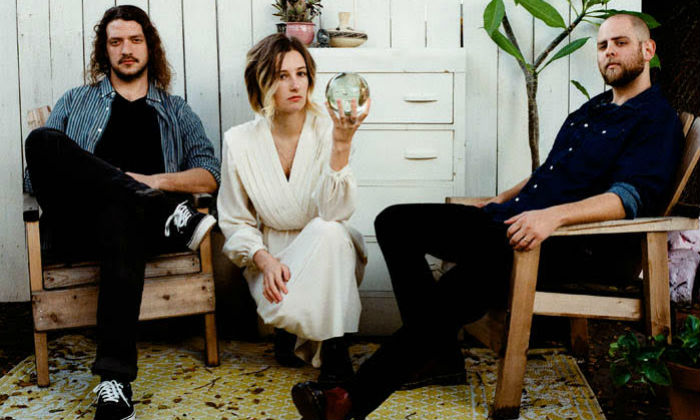 The best guitarist you've never heard of. He's a country guy from farmland Maryland who spent his life mostly playing small clubs in the D.C. area. Although he referred to his style as "redneck jazz", in one solo he'd reference jazz, country, prog, classical and mix in a bunch of ridiculous extended telecaster technique (like playing slide guitar with a beer bottle) on top. Although he snagged a record deal at one point and did a few TV appearances, he never quite cracked the big time. Tragically, he died from suicide in the early 90s.

Parliament and Funkadelic were more than bands. They were an empire of interplanetary funksmanship. George Clinton actually grew up in Plainfield, NJ, not far from where I'm from. Although their "heyday" was before I was born, I saw P-Funk perform for the first time at the Plainfield town fair in 2006. It was a local event with no publicity, a tiny, hometown show for them. It was wild, and we were right up front. The funk infected me and I spent A LOT of time listening to "Standing on the Verge of Getting It On". Years later I found their "Live at Montreux" album on the discount rack at Rite Aid, and it's one of my all time favorite albums.

We can't forget about the Queen of Soul. That epic voice, those mega tasty jams. "Since You've Been Gone" and "(You Make Me Feel) Like a Natural Woman" are my favorite tracks, but I love her covers of "Eleanor Rigby" and "The Fool On The Hill."

I randomly picked up the "Drums on Fire" album in a used CD store. It's a weird combination of Indian drumming and electronic elements. A few years later, the acid was just starting to kick in. I was 17, and bumping it on my iPod while I ran around in the woods.

I found "Paranoid" in my dad's record collection when I was about 13 or so. It was brand new, still in the plastic, unopened. I was like, "Dad, whats up with this band Black Sabbath?" He was like, "eh, I never really liked that band." I immediately threw it on and "War Pigs" melted my little brain.

"Live Evil" is my favorite album of his. It's a cobbled together excursion into the outer realms of jazz, combining frantic live jams from the Cellar Door in D.C. and psychedelic studio experiments. The live band had Keith Jarret, Jack DeJohnette AND John McLaughlin, all young, hungry and trying to play their craziest s**t.

Oh WOW! What a surprise!!! Another straight white dude likes GNR! LOL. But, for real.. Appetite For Destruction may be the pinnacle of Rock N Roll. That CD lived in my Discman for like, a year straight. Also... unpopular opinion... but I LOVE the "Chinese Democracy" album. It's a pretty fascinating look inside Axl Rose's brain... there's a lot of stuff goin' on in there.