Seven artists that made me: Bilal Hassani

He represented France at the Eurovision Song Contest 2019 in Israel where he sang his epic single Roi, from debut album Kingdom. Now the fabulous Bilal Hassani is opening up to us about the artists who mose inspired him in his pursuit of music... 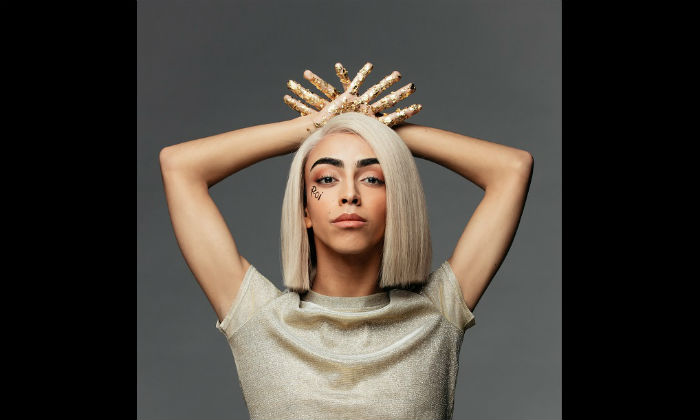 Mariah Carey: She is such a vocalist for my generation, I grew up with her. She is very inspiring in her lyrics and has lovely melodies that get stuck in your head! This is a real strengh in pop music that I keep on looking for in my own music. I am really inspired by her to be a better singer, everyday, every time. I met her last year, it was such a dream - she is just perfect.

Freddie Mercury: I grew up in a music lover family and Freddie Mercury was an artist that I heard a lot when I was younger. I remember seeing him in I Want To Break Free. The way he expressed himself with style, music, and overall passion - it's very inspirational!

Beyonce: She is my queen, my spiritual mother! She is such a performer and she made me want to go on stage and put it on fire. She is such a symbol of empowerment for everyone. When her documentary was released, I became crazy. This is a real experience to see a show! This is my idol!

Lady Gaga: Through fashion, music, videos and movies, she always told me to be yourself - like a leitmotif. She is very important in my life. I went to her show in Paris and I ordered a wig for this show. It was the first time I wore a wig. It was a very long blond wig. I will always remember that day my wig was delivered, I immediately put it on my head and I have never felt so much joy, never.

Whitney Houston: What an amazing voice. She is showcasing so much emotion with her vocals, I always wanted to be her as a child. I really want to move people with my songs, especially with Roi which a very personal song that can be read by everyone!

Dalida: I will always remember watching her music videos, interviews and her appearances on TV in my aunt's shop when I was a child. She seemed to be so self-confident and sensitive at the same time! She was more than a singer, she was the personification of womanhood. When I looked at her, I was captivated by her hair. I wanted that hair and here I am today!