Seven artists that made me: Badminton [Exclusive]

Who inspired Badminton the most?

Having recently unveiled their new single I Was, You Were from their EP Try Getting a Reservation at Dorsia Now, Leeds indie-rock band Badminton - who are Robbie Tooth, Dom Marshall and Tom McAndrew - exclusively reveal to us seven artists who have been most influential to their sound. 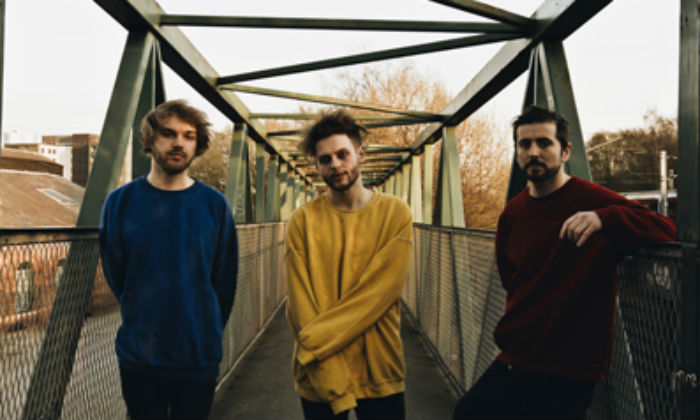 Bon Iver - They were a band that I really got into when I first moved to Leeds so their characteristic orchestrations and immediately recognisable vocals always make me reminisce of this time when songwriting became so essential to me. They also really helped inspire me to experiment with different instruments and sonics like synths and pads and introduce the idea of mixing genres and creating something new.

Tony Hawk - Well, both himself for being too rad and also the curator of the PS game soundtracks seeing as they pretty much dictated what I listened to when I was younger. All of my friends to this day have at least a few of the tracks on playlists that they still listen to and it also introduced a load of people to alternative music.

The Cure - Robert Smith definitely inspired us in terms of being unafraid to write simple, honest lyrics that might be considered cheesy but are really relatable. The guitars and melody writing also inspired Dom hugely as there's never a guitar riff that feels like it's thrown in for fun, it really adds something to the song and feels like a statement. There's a reason The Cure is still so widely listened to by people of all ages even now - they're a timeless band.

Mike Kinsella - He's one of those people that can write the most devastating lyrics imaginable to twinkly guitar parts. It's a talent we could all learn something from. Whether it's in American Football or Owen, the lyrics feel like he's having an honest conversation with you face to face - he's basically emo royalty.

ABBA - Yes, arguably the songs they wrote are the cheesiest of all time, but when it comes to writing big catchy choruses there are few who compare really. They simply wrote great pop songs that have stood the test of time. Although we may not sound anything like them, any band can learn a hell of a lot from them song-writing wise.

Funeral for a Friend - We all grew up listening to slightly heavier music so it's hard to pick just one band, but Funeral for a Friend's first few albums were on pretty much constant rotation back in the day - their guitar writing was absolutely awesome. It had the heaviness and the screaming, but also managed to sound really pretty and melodic at the same time.

Sigur Rós - Sigur Rós is one of those bands that can make you feel like you're wrapped in a big warm blanket of sound - something we want to tap into in our music. They have the ability to write songs that can last over 10 minutes and barely anything happens in them, but you don't feel bored for one second because you're completely lost in it. If any band be compared to the physical experience of taking a journey, it's Sigur Rós.