Second Thoughts talk to us about creating an interactive social ecosystem for sharing their music, collaborating with Stephen Malkmus and playing Joy Division covers - badly! [EXCLUSIVE]

Having just celebrated the release of their latest single - nicotine stains with a "very fun", "super cool" visit to this year's Reading festival Second Thoughts are now gearing up for the release of a new EP later this month. The Hertfordshire band, who's latest single was produced by The 1975’s Ross MacDonald and mixed by Iain Berryman (Wolf Alice), are also embarking on a tour in support of their new music. Starting at Rough Trade in Bristol on September 18th the four piece Indie band will also play Oporto in Leeds, Club 85 in their home town of Hitchin, Komedia - Brighton, The Sunflower Lounge in Birmingham and finally Manchester Academy on October 15th. Joy Rider, Second Thoughts forthcoming EP, will be released on Friday September 24th with an accompanying video that the band "are really excited about". Ahead of the imminent release and the upcoming tour we caught up with them to find out a little more. 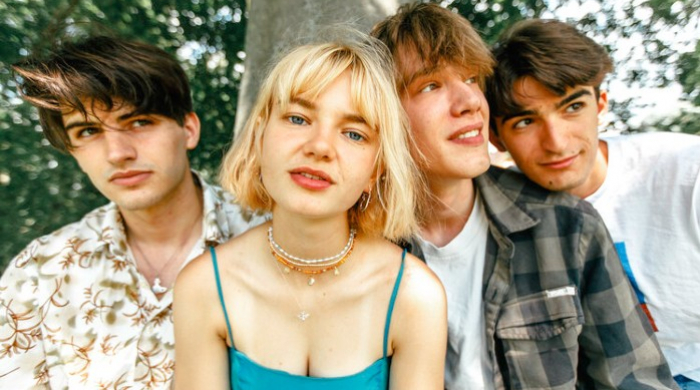 Currently I’d say we are in a very fortunate position where we have a brilliant management team behind us and some online success, but for a while the industry was rather inaccessible. Although the Internet provides a brilliant opportunity to promote your band, luck is certainly an underestimated factor, having messaged literally thousands of people to either listen to our music or consider helping us. Our success using TikTok really helped us connect with more people and financially gave us better opportunities, but that was years after trying to promote ourselves.

I’d say that on paper it seems hard, as a successful band is made up of so many parts that build a cohesive reputation. However, in our eyes it all comes back to the music, as if you can get it right more than once and build a sound, it typically informs everything else around it. In that regard it can be challenging and you’ve got to push yourself to make the best work you can.

We think creative control is paramount, as in any creative pursuit it has to be an organic process. However, there is a big difference between someone pushing you to do better and guiding you, [as] opposed to giving you orders, as I think without being a little uncertain about things, anyone would struggle to progress their sound.

I think having three writers we take inspiration from loads of people. Our sound leans towards a 90's/ alt-rock situation, but melodically we are fairly varied. Clara and Jude are influenced by a lot of folk musicians like Nick Drake, where as I (Ben) am generally more popish in how I write. Music is mostly what you say and how you want to say it, and thematically we try to be varied on subjects, similar to artists like Blur. Jude and I like the idea of discussing observations and people in songs.

I think collaborating with Stephen Malkmus would be very cool since he’s a big inspiration, and within our style. Though a bit more ambitious, it would be cool to work with someone in a different style like Loyle Carner.

In simple terms our first live show had some tragic moments. We did a cover of Joy Division’s Disorder, and somehow I got the wrong key when we began to play, which was not a pretty sight or sound. Some people thought we were attempting to play experimental music…

I think there’s a lot we’d like to achieve, but creating a large and meaningful community around the band is a big one. We love the idea of creating a social ecosystem in which people can interact through our music.

In general we are hoping to grow ourselves and release a lot of the songs we’ve stored up. Hopefully we’d be signed somewhere we like that allows us to put more music out and play more shows.

Our second single from our upcoming EP called Joyrider should be coming out on Friday September 24th. We’ve also been working on a music video to release alongside this which we are really excited about.