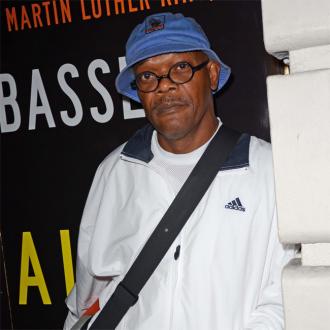 The 63-year-old actor played Jedi Master Mace Windu in original director George Lucas's three prequels and has revealed he is ''geeked'' about there being more installments as there is a chance for his character - who was sent plunging to his death out of a chamber window by Senator Palpatine in 'Revenge of the Sith' - to make a dramatic return in the Disney sequels.

Speaking from the Spike TV Video Game Awards in Culver City, California, on Friday (07.12.12), Samuel told E! News: ''[I'm] totally geeked by the idea of there being more 'Star Wars'. It's like, okay, Obi-Wan was dead when episode four started, so maybe everyone thinks I'm dead and we'll find out what happened to Mace Windu.

''I can come back as one-armed or a one-handed Jedi that's still around that didn't actually die. [I could] be a ghost hologram. I don't care. I just want to stay associated with the franchise. Not that I won't because I've been in three of them.''

Samuel also expressed his love for the franchise's outer space civilization and the idea that life could be out there now.

He added: ''I just always loved it. I always loved the idea of it, that there's this whole civilization out there somewhere else that's just as much fun and different and diverse and wild as we are.''

Michael Arndt is set to pen the screenplay for the feature, which will start shooting in 2014.