The X Factor judge has a reputation for being mean to hopeful singers, but OneRepublic frontman Ryan Tedder has revealed Simon''s just as strict with his label Syco. 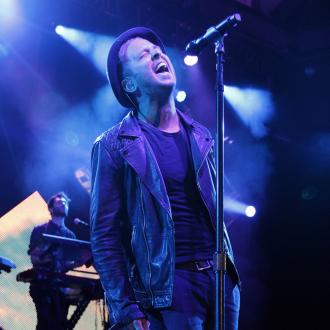 One Republic singer Ryan Tedder says he is always under pressure when working with Simon Cowell's record label Syco because it is ''flat out aggressive''.

The songwriter penned former 'X Factor' UK winner Leona Lewis' hit 'Bleeding Love' and has worked with many other Syco acts, including Alexandra Burke when she was with the company, One Direction and Ella Henderson, and although he enjoys it he admits the label make him work hard.

Talking to the upcoming issue of Fault magazine, Ryan explained: ''His label is aggressive, flat-out aggressive. They have an objective, they have a goal, a single-minded goal and everyone at that label is dead on in their approach. They're like, 'Here's when it's coming out, here's when it's due.'

''Their calendar is their Bible. They cannot change dates of when something is going to be broadcast and so they have a more militant approach.''

But the 32-year-old musician respects the tough approach of Simon and Syco and insists the music mogul's work ethic is one of the main reasons for his incredible chart success.

He added: ''Simon didn't get to where he's got by sitting back in the passenger seat and just assuming or hoping that things will just take care of themselves.''