NFL star Russell Wilson has admitted he is extremely worried about returning to work during the global health crisis as he fears for the health of his pregnant wife Ciara, children and the other players. 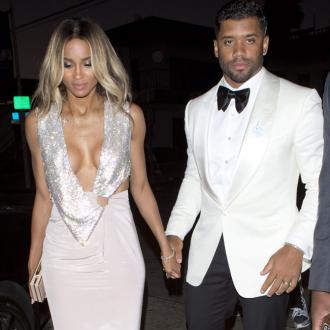 Russell Wilson is ''concerned'' about the NFL season amid the Covid-19 pandemic.

The Seattle Seahawks quarterback - whose wife Ciara is pregnant with their second child together - admitted he is extremely worried about returning to work during the global health crisis as he fears for the health of his wife, children and the other players.

He tweeted: ''I am concerned. My wife is pregnant. @NFL Training camp is about to start.. And there's still No Clear Plan on Player Health & Family Safety. We want to play football but we also want to protect our loved ones. #WeWantToPlay.''

While the NFL season was suspended during the pandemic, it was recently revealed that training camp would start again at the end of July but Russell, 31, says there is no plan in place to protect the players.

Kansas City Chiefs star Patrick tweeted: ''Getting ready to report this week hoping the @NFL will come to agreement with the safe and right protocols so we can feel protected playing the sport we love #WeWantToPlay.''

His teammate Anthony Hitchens wrote: ''If I get the virus at work and I unknowingly pass it to my wife and kids, will the @NFL cover the medical cost? I can't wait to get back out there and play ball but I also want to protect my family!''

New Orleans Saints' quarterback Drew Brees added: ''We need Football! We need sports! We need hope! The NFL's unwillingness to follow the recommendations of their own medical experts will prevent that. If the NFL doesn't do their part to keep players healthy there is no football in 2020. It's that simple. Get it done @NFL.''

Meanwhile, pregnant Ciara, 34 - who has son Future, six, with her ex-partner Future and daughter Sienna, three, with Russell - recently admitted they have both found this pregnancy difficult as Covid-19 restrictions have meant that Russell can't attend any of her hospital appointments.

She said: ''I had a little ziplock bag of gloves for the appointment and then I had my mask. When I went from one room to the other, I switched to a new pair of gloves. When the image of the baby came on the screen, I FaceTimed Russ in the car so that he could see.

''We women carry the baby, but for my husband, being in the room and listening to the heartbeat in real time is one of his ways of connecting. For him not to be part of that was a symbol of this time that we're living through.''