Rupert Wyatt to drop out of Rise of the Planet of the Apes sequel?

Rupert Wyatt looks set to quit the 'Rise of the Planet of the Apes' sequel due to problems with scheduling the film's release. 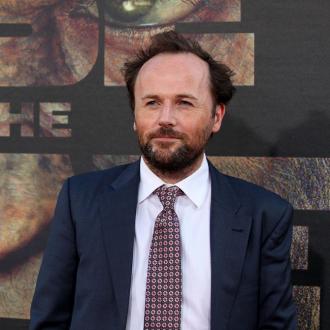 Rupert Wyatt looks set to drop out of the sequel to 'Rise of the Planet of the Apes'.

The British director is said to be considering quitting the highly anticipated follow-up, titled 'Dawn of the Planet of the Apes', because Studio 20th Century Fox want the next film to be released for May 23, 2014 - which Rupert reportedly thinks is over-ambitious, Deadline reports.

His decision comes as a surprise, as 'Dawn of the Planet of the Apes' has already been written by Rick Jaffa and Amanda Silver, with Fox giving them the go ahead.

The first film starred James Franco, John Lithgow and Andy Serkis as Caesar the ape and it's ending set audiences up perfectly for the sequel.

Rupert established himself as one of Hollywood's hottest new filmmakers last year - with 'Rise of the Planet of the Apes' only being his second film and reaching $481 million in the box office.

His debut film was 2008 drama-thriller 'The Escapist', which stars Dominic Cooper and Joseph Fiennes.

He still has sci-fi project 'Agent 13', which stars Charlize Theron, on his slate, and he has been tipped to direct spy drama 'Londongrad'.