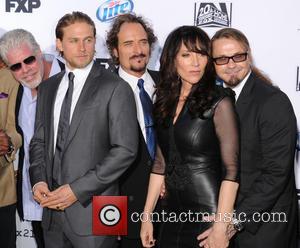 Hellboy star Ron Perlman is set to step behind the camera to direct his first film.

The actor will produce 10 films in the next five years through his own production company, Wing and a Prayer, including his directorial debut in a film titled Wooden Lake.

He tells TVGuide.com, "It's a sweet little drama about a family... It's like a souffle - it takes a light hand - and there's a very powerful, emotional punch at the end."

Perlman has also inked a deal to pen his autobiography called Easy Street the Hard Way. The book will cover his early days in New York City up to his current run on Sons of Anarchy.