Roman Reigns up for fight with The Rock

WWE Superstar Roman Reigns admits he is interested in having a wrestling match against his cousin DWAYNE 'THE ROCK' JOHNSON and thinks the pair could have a ''unique'' bout. 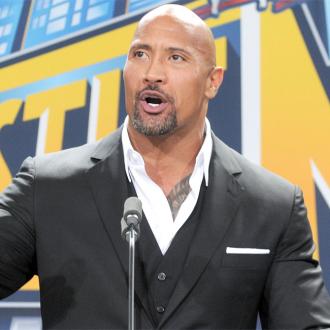 WWE Superstar Roman Reigns is interested in having a wrestling match against his cousin DWAYNE 'THE ROCK' JOHNSON.

Although the pair have never discussed stepping in the ring to face each other, the 29-year-old grappler would be up for the bout and thinks he and Dwayne - who now competes part-time for WWE due to his Hollywood career - could have a unique fight because of their family history.

When asked by BANG Showbiz if he would want to fight The Rock, he said: ''Right now, our family is so tight, and the goal is to represent our family and our foundation, that's the backbone of what we do. But as you know, anything can happen in the WWE. If the time ever came where I would ever have to turn my attention to The Rock then I would. But that's a bridge I'd have to cross ...I think it could be a really unique match because of the chemistry we have and the natural flow between us. I definitely think there would be great chemistry there between us and plenty of details and storylines to play with.''

Roman is fighting Brock Lesnar for the WWE World Heavyweight Championship tonight (29.03.15) at 'WrestleMania 31' and although he is fully focused on his title challenge, he admits he's looking forward to watching the dream match between Triple H and Sting - who is competing in his first WWE bout.

Speaking about the match, Roman said: ''For anyone who is fan of sports entertainment this is a fantasy booking. This is something that people have put on paper many, many times. All those years that Sting was on his own and he never came to the WWE for, like, 14 years and finally he's here and that makes it very special. I'm expecting a special match with a special finish.''

'WrestleMania 31' can be viewed on Sunday night via a subscription to the WWE Network for just £9.99-a-month or on Sky Sports Box Office.