The Role and Impact of Music in Bingo

Bingo has had its ups and downs since it became popular in the 20th century. Thankfully for the industry, bingo is currently on an up. The arrival of the internet, with players playing bingo online, could mean that bingo never sees a significant decline in popularity ever again. The game has enjoyed a refresh both online and offline and is attracting new audiences. Below is a look at one of the elements that has helped to shape bingo: music; at bingo party nights, which have become popular; and at the growth of online bingo UK. 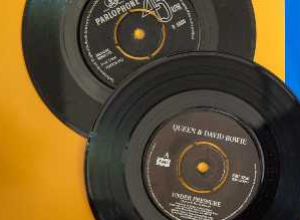 The impact of music on bingo

There was time when bingo was all about ‘eyes down, look in’ and all was as still as possible while the players listened to the caller shout out the numbers. Anyone who prefers that style can still enjoy that down a traditional bingo hall, but the arrival of online bingo means that bingo offers something different. One major factor has been music, which has had a significant impact on the user experience of bingo.

Taking gameplay to a new level

Bingo game designers have already done a lot of hard work by providing superb graphics and rapid gameplay, but music takes the game to a new level. The music creates engagement, even if the songs are just playing in the background. Different tempos of music, however, can generate the engagement by triggering suspense.

Separating the old from the new

Whenever a game becomes a classic, savvy games companies rush to bring out the next-generation version because they know it will be a hit. Whereas video games have more elements to help separate new versions from older versions, however, bingo has fewer to work with. Companies can use music to add an edge to the game even if the visuals are more or less the same.

Traditional bingo halls are not going away, but music has made bingo more edgy. Brands are offering a new form of bingo in which techno or house have become the unique selling point of some successful brands. Drinking, eating and socialising in the form of dancing or partying have become part of the experience.

The benefits of music for bingo

Bingo may benefit from all the different variations of the game that have emerged, but music has played a significant part in the popularity of the game.

Music can generate an emotional reaction, but this isn’t the purpose of the music in bingo games. Instead, music helps to keep players playing to the end and stay actively engaged in the game.

Music, naturally, can also help companies to brand games, just like brands use music in the branding of many other products or services. A company may integrate a particular song or jingle into the corporate soundtrack.

Music is helpful for playing bingo because the players have to keep track of the numbers. Music enables the player to relax and reduces stress and anxiety. The game becomes more enjoyable.

Some of the best bingo parties around

For anyone who likes a lively bingo experience, there are several different bingo party nights you can enjoy in the UK. They have become a real part of the nightlife scene of some cities.

Bongos Bingo offers bingo parties in lots of different locations, including London, Manchester, Birmingham, Edinburgh, Glasgow and other cities in the UK. The bingo nights involve lots of audience participation, dance offs and traditional bingo. Prizes as diverse as mobility scooters or karaoke machines are all up for grabs.

Bada Bingo is another brand that brings a party to the bingo. The events take place in a retro bingo hall but feature a rave. There’s even a rave round and karaoke. Prizes are diverse and, in some cases, a little adult in their nature, but the experience of playing bingo at Bada Bingo is tremendously entertaining.

Often, brands aim their bingo parties at young people because of the events are so loud and the energy is high. Part of the popularity of these parties is that they blend activities that people do at parties, such as eating, drinking, dancing and, in some cases, dressing up, with bingo.

The parties aren’t themselves responsible for the surge in the popularity of online bingo. They’re merely capitalising on it and have contributed to the wider popularity of bingo.

The growth of online bingo

Online bingo has really taken off as gaming operators realised the potential the internet offered after seeing the success of online casino gaming. Bingo gaming software has come on massively and allowed the creation of a variety of games so that players don’t get fed up of playing the same ones repeatedly. Bingo also lends itself relatively straightforwardly to the online sphere and is available on websites or on mobile gaming apps.

The fact that players can play online has made the game safer, as players can receive a transfer of their winnings to their bank account or a digital wallet. They can also play for less and bingo gaming is highly flexible, with players being able to play at any time of the day and only spend small amounts if they wish too.

Music plays a major part in bingo, helping to shape the experience for players and add to their engagement with the game. Whether playing online or attending a bingo party night, music will be an element that fosters enjoyment of the game.