Roenberg to direct Pirates of the Caribbean 5

Norwegian duo Joachim Roenning and Espen Sandberg are set to direct Johnny Depp in 'Pirates of the Caribbean 5'. 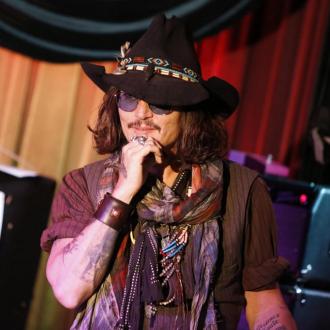 Joachim Roenning and Espen Sandberg will direct 'Pirates Of The Caribbean 5'.

The Norwegian duo - who go by the name of Roenberg - are set to helm the fifth instalment of the Disney franchise with the help of producer Jerry Bruckheimer, Deadline.com reports.

Two two friends - who recently fell out Legendary Pictures' 'Spectral' - have beaten the likes of filmmakers including 'Snow White And The Huntsman' director Rupert Saunders and The Necessary Death of Charlie Countryman's Fredrik Bond in landing the opportunity.

Screenwriter Jeff Nathanson, the man behind 'Catch Me If You Can' and 'Indiana Jones and the Kingdo of the Crystal Skull', has penned the feature, which will see Johnny Depp return as pirate Captain Jack Sparrow.

Roenberg may turn to actress Penelope Cruz - who starRed as Angelica Teach in 2011's 'Pirates of the Caribbean: On Stranger Tides' - after the paired worked with her and Salma Hayek for their debut movie 'Bandidas'.

Filming is scheduled to begin later this year or early January 2014 for a July 10th, 2015 release.

Depp, 49, can next be seen as red Indian Tonto alongside Armie Hammer as John Reid and Helena Bonham Carter as Red in Disney's 'The Lone Ranger' and is currently working on sci-fi thriller 'Transcendence', which also stars Morgan Freeman, Cillian Murphy and Rebecca Hall.