Singer David Aldo has revealed Rod Stewart is among one of his many celebrity fans, with Sylvester Stallone also being a regular attendee at his shows. 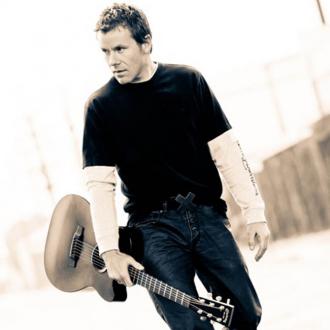 The singer - who has had six number one singles in South Africa - claims the 69-year-old music icon is a huge fan and even invites him over to perform at his home in Los Angeles.

He revealed: ''Rod Stewart has me sing at his home on occasions too. He digs my style and coming from a music legend like him, is a big compliment for me.''

The singing sensation - who is quickly gaining attention outside of his native South Africa - now lives in Los Angeles and admitted he frequently comes into contact with famous fans that come to see him live.

He added: ''It's nice to be appreciated and respected by successful people in the entertainment industry. I guess it validates me in some way. I'm more excited when I see big stars that have been around for a long time, like Oprah, or Tom Cruise than some of the newer ones.

''I like it when Sylvester Stallone comes to me and chats when he's in my audience. Like most kids the 'Rocky' movies made a big impact on me.''

Aldo - whose single 'Just You' is out now - also recalled one moment in particular when he was shocked to be approached by 'Total Recall' actor Colin Farrell who said the late actress Elizabeth Taylor loved his music.

He explained: ''I'm not usually a star struck kind of guy and truly believe that we are all equals on this earth, although Elizabeth Taylor used to come to the Polo Lounge and watch me sing. I thought this was pretty cool, after all she is a huge Hollywood icon.

''Once she was with Colin Farrell and he pulled me aside and said she was a big fan of mine. That made me feel good.''