Givenchy designer Riccardo Tisci's ''dream for many years'' has been to open up his show to the public. 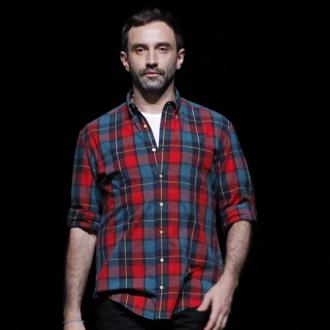 Opening up his fashion show to the public has been Givenchy designer Riccardo Tisci's ''dream for many years''.

The French fashion house has decided to showcase its upcoming collection in New York on September 11, rather than Paris as usual, and 1,200 non-industry people, including students and faculty from local fashion schools, will be in the audience.

Riccardo told WWD: ''Opening to the public was my dream for many, many years. You know, fashion is amazing and very exclusive. But [I've long thought] one day I would love to do a show where anybody - which is the reality - could be a part of it.''

Riccardo revealed that he plans to celebrate ''love'' at the show at NYFW on September 11, the anniversary of the 2001 terror attacks.

He explained: ''On this day, what I'm trying to achieve is literally a celebration of love. Everybody has one thing in common, it's love. Love is free, it's for rich people, it's for poor people. Love is love. Something so natural, so real. That is my point for today. I hope people are going to receive it in a very positive way.''

100 of the tickets will be distributed to residents living near the venue, which is currently being kept under wraps, however Riccardo did reveal that it will take place on a street.