Ren Lawton talks to us about being a wanderer, not being 'Ren Lawton' and his desire to collaborate with Laura Marling [EXCLUSIVE]

When he's not talking to Tommy Shelby, aka Cillian Murphy, about Irish music on the set of the latest Peaky Blinders shoot, Folk singer Ren Lawton is busy writing and recording his own music. The self-confessed wanderer has just released his new single, Love By Night, is prepping for his first gig in 18 months and is about to drop the accompanying video to his latest song. The completely self-funded artist will release his second single of the year at the end of October to coincide with his upcoming gig at Bobik’s in Newcastle and he also has plans to release a new album in 2022. Before his schedule gets too busy we caught up with him to find out a little more. 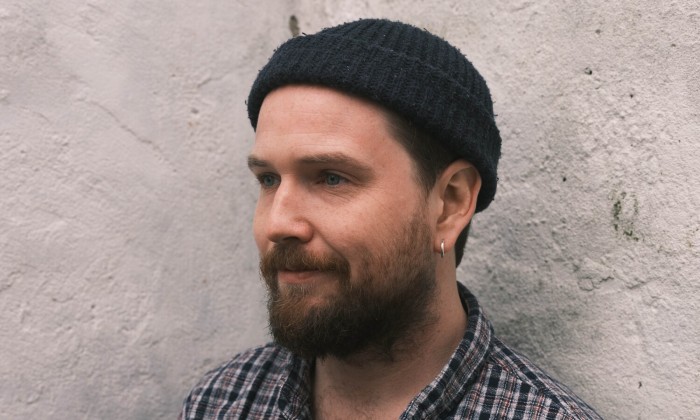 I’d describe it as a mix of folk and indie with a dash of Americana and dusting of classic singer songwriter sprinkled on top. My music tends to be mostly acoustic guitar based with an emphasis on lyrics and story telling.

Also, I really like to keep my production and mixes really clean so you won’t hear any souped up synths popping out at you. My motto for the moment when recording is that if it can’t be replicated on stage with the band that I’m playing with then it won’t make it into the recording.

I’d say that being a bit of a wanderer has been one of the biggest challenges I’ve faced in the music industry so far. Traditionally there’s always been a lot of importance put on establishing a fan base in your home town and then expanding from there. I’ve never really been in a place long enough to truly establish myself as being from anywhere other than "Not where I’m at". Or if I have been in a place for a few years it’s usually been interrupted with months of being away here and there. It’s tough to establish yourself in a new city’s music scene as an outsider but it’s a pursuit I have not given up on.

Another challenge I’ve faced in the music industry is being able to fund the recording that I do. Everything that I’ve released to date has been done independently and unfortunately I haven’t been successful in funding applications. Being a self funded solo artist can often lead to lengthy periods between releases and that time is simply spent working to try and save for the next big push of a release or saving for some studio time. The challenge that creates is not being able to build up momentum and follow up a popular release with new music relatively quickly.

I’d say it’s probably as difficult as it gets. There are so many super talented artists out there who without doubt deserve to be heard by huge amounts of people based on their abilities as musicians, songwriters and performers but the vast majority of them go unnoticed.

So being noticed and making a name for yourself in the music industry relies on more than just talent alone.  Making a name for yourself is a collective effort but it seems to me that the difficulty lies in entrusting the right people in the non musician roles within an artists circle. There are a lot of unscrupulous folks out there who are after a quick buck so it’s important to be on the same wave length as the team around you, be clear about goals and musical direction so the artist can do what they do best, perform.

It’s very important for me and I’m lucky enough to have never had someone try to take over creative control. I’m always up for discussions in the studio on ways to do things differently if something’s not quite working. I only invite people in to the studio to record with me who’s playing I admire, who’s music taste I respect, so that we’re all working towards making the song become the best version of itself that it can be.

When I’m not releasing music under Ren Lawton I have a completely different mind set to collaboration and creative control. I’m more than happy to take direction, to relinquish any sense of creative control and just be more fluid in the music making process.

I guess in the stereotypical sense I draw inspiration and take influence from day to day life and the interactions with people and world around me. I’m not always in a writing frame of mind though so often I will store up these experiences and then when life has slowed down enough for me to start contemplating them, I form them in to songs.

My current single Love By Night was really influenced by short stories by the likes of Frank O’Connor, an Irish short story specialist. I wanted to tell a story in song form that felt like it had a beginning, middle and end. Love By Night was also influenced by a trip I had in my van to Norway back in the summer 2012 where I experienced 24 hour day light. I remember thinking to myself that there’s nowhere you can’t be seen but in the winter where it was dark all the time it would be perfect to get on about your business without people being nosey all the time. That trip inspired the line "No sunlight will cast a shadow that falls into our view".

I’d love to work with Laura Marling on a song. I really resonate with her voice and songwriting plus I’d love to pick brains about her experience recording with producers like Ethan Johns. I think our voices might go well together but that’s probably just because I’m used to my own voice singing along to her records!

If Laura Marling wasn’t available then I’d probably go to the complete other end of the musical spectrum and collaborate with rapper Ocean Wisdom. I love his song Revvin’ and I think it would be really interesting to see what happens when Folk meets Camden Town rap.

Well, during the pandemic I was looking at all sorts of ways to make a few quid so I decided to do some extras work for TV shows. I managed to get myself a job on the new series of Peaky Blinders and in the first scene I was involved with I found myself in the same starting location as Cillian Murphy. I was a little star struck at first but I really wanted to chat with him because of his past as a musician and stints presenting shows on BBC Radio 6. In between takes at our starting positions, Cillian was having a chat to of the production team about Irish music so I thought to myself "Right, my family are Irish and I know a bit about Irish music so I can pop right in to this chat". I bided my time and waited for a lull in the conversation to interject. "Hey Ciliian" I started strong with getting his name right but the rest all came out as mumbled gobbledygook. My involvement in the conversation probably lasted all of 30 seconds before I politely excused myself and apologised for interrupting. So in series 6 of Peaky Blinders, if you see a red faced and slightly sheepish extra not too far away from Tommy Shelby, that’s me.

My biggest goal is to be able to tour the world as much as possible. I’ve had a taste of touring and I really love it. That combination of playing music whilst travelling is just so wonderful. So my goal is to be able build a demand for me to tour so that I don’t come back off the road poorer than when I started! 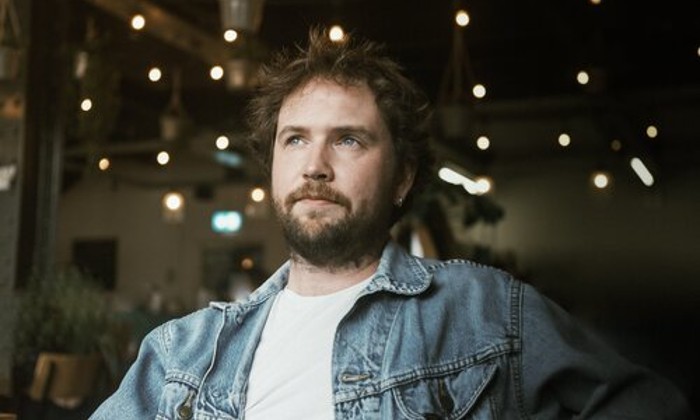 This time next year I hope to be at home after finishing a successful summer of festival appearances. I’d like to be getting prepped for an Autumn tour of the U.K and Europe knowing that after the tour I’ll have some studio time booked to start recording another album. Well, that’s what I hope for at least.

Over the next few weeks and months I’ve got lots of new music to share with you. The video for Love By Night will be coming out very soon as well as a follow up single at the end of October. I’ve even heard rumours of an album coming out in early 2022 but I can neither confirm or deny them…

in the more immediate future I have a gig at Bobik’s in Newcastle on October 31st which I’m very excited about. I haven’t played a live show in over 18 months so I’m itching to get back on stage.