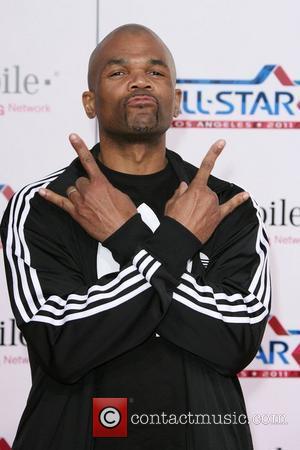 Run-DMC star Darryl Mcdaniels has recruited Ncis actress/singer Pauley Perrette to collaborate on his first solo album since 2006.
The hip-hop legend, aka Dmc, approached rocker Perrette to join him in the studio for the single Attention Please! from his upcoming release, Rock Solid, and he admits he is in awe of her talents.
MCDaniels says, "Working with Pauley P is like working with Joan Jett, Janis Joplin, Sarah MCLachlan and Sheryl Crow with a splash of John Lennon."
And the TV star insists it was a dream come true to work with the rapper.
Perrette adds, "As a longtime fan of the legend Dmc, it was outstanding to collaborate on such a hot song with such an amazing guy that I am now very proud to call a friend."
Rock Solid is the follow up to Checks Thugs and Rock n Roll and is due for release early next year (12).