Rag 'n' Bone Man - real name Rory Graham - was shocked that he got a phone call from Elton John, who told him he loved his music. 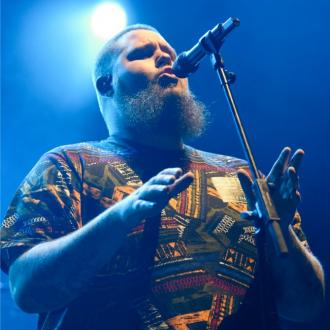 Rag 'n' Bone Man was shocked when Elton John told him he liked his music.

The 'Human' singer was amazed when he received a call from the 'I'm Still Standing' hitmaker - who he dubbed ''one of the best songwriters of all time'' - to praise his songs.

He said: ''He called me up on the phone, he's Elton John, he can get anyone's number.

''He wanted to call me to tell me how much he liked my music, which I thought was really nice coming from one of the best songwriters of all time, he didn't have to do that, it made my day.''

And the 32-year-old singer/songwriter was also thrilled he got a chance to meet Courteney Cox when he worked alongside her partner Johnny McDaid.

He added: ''I turned up for this session in LA, I knocked on the door and Courteney Cox answered the door, in real life. It was her house, her boyfriend was the guy that I was writing with.

''I did that sort of hello, the really English sort of Hugh Grant hello. It was like I was speaking to someone else's mum, when you went round to your mates house when you were a kid, and were like, 'Hello Mrs. Smith, how are you doing? Yes, I'd love a cup of tea.'''

The 'Lay My Body Down' hitmaker - real name Rory Graham - also got a chance to see Aretha Franklin live in New York with his girlfriend and confessed the performance made them both teary-eyed.

Speaking on Beats 1 radio, he shared: ''I went to see Aretha Franklin in New York, and me and my girlfriend sat next to each other, and I looked at her and she was crying, and I was crying too. I was like, I don't feel less masculine for crying at Aretha Franklin.''