Raff Law has shared his fashion inspirations and laughed off comparisons to his famous father Jude Law. 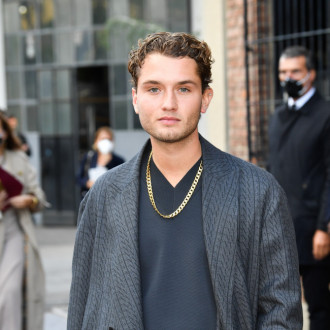 Raff Law's style is inspired by the bands and films he loves.

The actor, musician and model – who is the son of Jude Law and Sadie Frost - has opened up about his fashion inspirations and how he’ll often copy the clothes worn in movies or by artists he listens to.

In recent times, the 'Twist' star has been paying homage to grunge legends Nirvana through his clothing choices.

Raff told GQ Hype: “I’ve always taken inspiration from bands I’ve been into, as well as cool films. I love 'True Romance'. I started wearing Hawaiian shirts after I saw that, then I got really into Dr Martens and jeans when I watched 'This Is England.' Recently, I’ve become a huge Nirvana geek.”

The 24-year-old actor - who is the spitting image of his famous father - has previously modelled for the likes of Dolce & Gabbana and Topman, while he's also the frontman of indie band Outer Stella Overdrive.

Elsewhere, Raff shared how his dad’s love of trainers got him into the footwear “from a young age”, while he insisted he always tries to be himself and laughs off comparisons made between himself and the 48-year-old actor.

He said: “I’m someone who really tries not to compare themselves to anyone else. I really try and ‘do me’. My dad’s my best mate; he and I have always been so close.

“Like any father and son, growing up I looked up to my dad a lot. I’ve always liked the way he dresses – he loves trainers, so that got me into trainers from a young age. He likes good music and that got me into the same.”