Radiohead to mark 20th anniversary of Kid A?

Radiohead's Ed O'Brien has revealed there has been discussions of marking the 20th anniversary of their LP 'Kid A' this year. 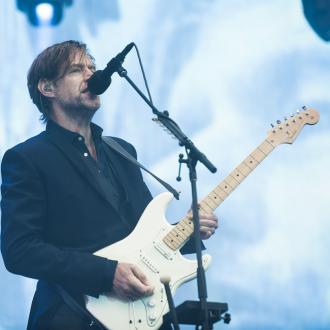 Ed O'Brien has hinted at plans to mark the 20th anniversary of Radiohead's fourth LP 'Kid A'.

The 'Creep' group's guitarist has confessed that he's not fond of ''looking back'' on the different chapters in the band's career, and would much rather focus on what's ''next'', but he's confirmed he and has bandmates have recently been hosting online meetings on Zoom to plan something to mark the release of the 2000 album, which reaches the two-decade milestone in October.

'Kid A' saw the rock group switch up their sound, adding synthesisers, drum machines and strings to the mix.

Ed - who releases his debut solo LP, 'Earth', this week - told NME.com: ''We're an ongoing band and have online meetings - there was a Zoom call recently.

''We're talking about stuff, but for the foreseeable future everyone is doing their own thing. When it feels right to plug back into Radiohead, then we will.

''Up until the end of 'OK Computer' was one chapter; 'Kid A' through to 'A Moon Shaped Pool' was another chapter.

''We've sort of drawn a line now and are wondering what the next chapter will be. That's what we'll figure out next.''

Ed - who is joined by Thom Yorke, Jonny and Colin Greenwood, and Philip Selway in the band - also revealed that some of their plans had to be shelved due to the coronavirus pandemic.

He added: ''Due to the nature of it, I can't fully reveal anything - but there have been talks about ways of doing something.

''Everything gets thrown up in the air with coronavirus, so a lot of ideas are being mooted.

''It would be nice to honour it, but then there's the struggle - how can you get that excited about an album that came out 20 years ago?

''I can't. I'm thankful it was a moment and know that it means a lot to people, but it was a long time ago.

''Personally speaking, looking back is not something I ever do.

''The past feels like a long time ago and isn't something that feels important.

''Obviously I'm thankful that there's an appetite for it.

''I'm not a fan of Radiohead, I'm in Radiohead. It's a very different experience for me.''