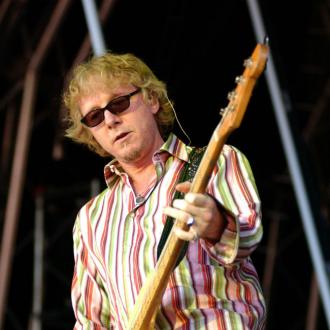 ''There's such a luxury in being able to quit on your own terms, when it's your decision, for all the right reasons.

''I'm sure there are things that we could do that would make a difference and be a positive thing in the world, but at the same time, somebody's gotta mean it when they stop. We want to be the band that actually means it.''

Mike admitted he ''likes it'' when other acts reunite, but he doesn't see any value in his own group getting back together.

He added in an interview with NME: ''I wish The Beatles had reunited! I like it when bands get back together as a rule, but for us I think that it would only diminish everything that we worked for. I see no reason to take that chance.''

And the 'Losing My Religion' musician has no interest in wondering how things could have turned out if they hadn't split.

He said: ''When you're that comfortable with a decision and when you know you've made the right decision, you don't sit there and second-guess yourself. There's no point in hypothesising 'what might we be doing now? How might we sound?'

''I don't even wanna know, I don't care. The music business as a world is nothing like it was when we stopped playing.

''That R.E.M. ended at that moment and I'm perfectly happy with that, so it's other people's time to carry on now.''