Queen Elizabeth was moved to tears by a gift from then-President Barack Obama and his wife Michelle in 2011. 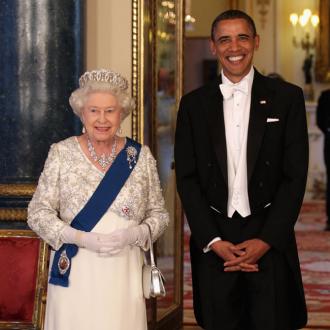 Queen Elizabeth was moved to tears by a gift from then-President Barack Obama.

The former US leader and his wife Michelle presented the British monarch with a leather-bound collection of memorabilia from her late father, King George VI's last visit to America, including invitations and notes at a lunch in 2011 and the 94-year-old queen was overwhelmed by the thoughtful gift.

Capricia Penavic Marshall, then the chief of protocol for the United States, told People magazine: ''We wanted to make sure that what we were furthering this special relationship with the UK and particularly with Her Majesty.

''President and Mrs. Obama were so, so very fond of her. In doing our research, we learned that [Queen Elizabeth] had a cherished relationship with her father, and she collected anything and everything that she could about him...

''When she walked over and she's flipping and looking through the pages, I'm looking at her and I'm like, 'Oh, goodness, I hope that she likes it.'

''And I want to say that I saw a little glisten of a tear in her eye after she paged through it a bit. She looked to the president said, 'Thank you so very much for this.' ''

President Obama and his wife also gifted the queen a floral brooch, which the monarch also wore when current President Donald Trump visited the UK in 2019.

Capricia said: ''I'd like to say that she was proud to wear a piece of a presidential gift and was displaying the unity between the two nations.

''I think that she has the capacity to always lift the message up right now and to create those stronger bounds. But she herself is the only one who will really know.''

Capricia recalled a warning she received from the queen's staff when she stepped forward to help her with her bag during the Obamas' visit to Buckingham Palace nine years ago.

She said: ''As Her Majesty walked out, I made a comment to my counterpart. I said, 'Oh, my goodness, Her Majesty has her bag.' And I made an ever so slight move with my left foot.

''He, with both of his hands, pushed me back against the wall and said, 'Do not touch the bag.' and I said, 'Oh, my goodness. I'm so sorry'.