A royal insider has claimed that Princess Charlotte loves wearing her toy tiara. 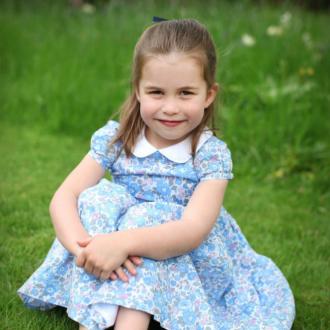 The five-year-old royal - who is the daughter of the Duke and Duchess of Cambridge - is already aware of her Princess status and has apparently become obsessed with wearing a tiara at home.

A source shared: ''Charlotte knows she is a Princess and already has a toy tiara, which she loves wearing.''

The Duke and Duchess - who also have Prince George, seven, and Prince Louis, two, together - love making their kids happy, but they're also determined not to spoil them.

The insider told Us Weekly: ''While the kids know there's something special about them, they're not spoiled.''

The 38-year-old royal believes the ongoing health crisis has served as an ''awakening'' for people around the world.

He explained: ''This period of time has allowed us to all revalue things.

''The thing about lockdown is that it has been a little bit of an awakening that we maybe take our lives a bit for granted sometimes and there's a lot of things out there that can wobble all of us at any time.''

Prince William thinks his concerns have been exacerbated because he's a parent.

He also admitted to worrying about having ''too much time to think'' amid the pandemic.

He shared: ''I think particularly now, as a parent, it starts to make you look a bit more to the future at what kind of world we are going to hand over to the next generation.

''There's been a lot of time to think - and you can also have too much time to think, and that's also what worries me.''