Prince 'was not an easy master'

Ken Ehrlich has admitted that balancing the interests of different people who were part of Prince's inner circle for the new TV special, 'Let's Go Crazy: The Grammy Salute to Prince', was difficult. 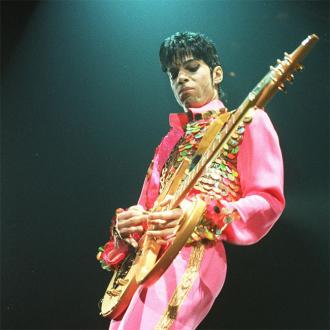 Ken Ehrlich says Prince ''was not an easy master''.

Ken served as the producer on 'Let's Go Crazy: The Grammy Salute to Prince' but admitted that balancing the interests of different people who were part of the late star's inner circle, specifically Sheila E.'s big band and the Revolution, was difficult.

He told Variety: ''Prince was not an easy master. And in the course of his career, he fell in love and out of love with a number of different groups, or artists and musicians that worked with him. So one of the most tricky things to navigate, in all honesty - and I don't think anyone would have a problem with me saying it - was trying to make sure that Sheila and the Revolution got along. We didn't have any problem with the Time; that was different. But it was tricky, because both of them claimed Prince. And rightfully so, because they both had long histories with him.

''What I want to say is that the people that made that happen and kept it together were Terry (Lewis) and Jimmy (Jam). They had relationships with both of them and they helped navigate the kind of straits of what probably was a reasonably loose - and you could argue not necessarily the most amazing - 'Baby I'm a Star' you've ever seen, but at least it had those folks on stage together. And that was one of the goals that we had. And frankly, Sheila wanted that too, and I think Wendy Melvoin and Lisa Coleman did too. They all did; everybody wanted it.''

And Ken admitted he was conscious of being fair to both sides and making sure that all aspects of Prince's legacy were respected when he brought the star's collaborators together for the TV special.

He explained: ''Prince was... not divisive - that's not the word I want to use - but yeah, he had different camps, like any artist, but especially an artist like him who evolved over a number of years. For probably the people that were with him at one point in his life, it's very easy to say, 'Well, those were his great years; after that, he was nothing.' Or people who came later said, 'God, he got better, and oh, that early stuff was sh*t! Not too many said that, come to think of it.''