President Street had a "really fun" time filming their music video on their phones, having scrapped their original plans due to the coronavirus pandemic. 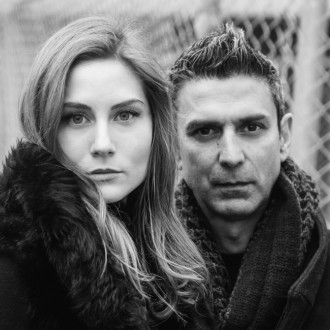 President Street had a "really fun" time filming their music video on their phones.

The pop duo were forced to scrap their original plans for the 'Something To Believe' promo because of the measures in place due to the coronavirus pandemic and though they were worried it would be "pretty scary" filming the footage alone, they had a great time.

Singer Ruby said: "We had a lot of different potential ideas and were hoping to work with the director who did our previous music video, however with the limitations of recording on an iPhone and the two of us, we couldn’t execute our original plans.

"Even though we never thought we’d make our own music video and the idea was initially pretty scary, the experience was actually really fun!

"Pete did a great job behind the camera and we both took each other’s direction well. We must give a shout out to the editing assistance of Shaun Xiang and Peter Nathan who helped us create the end product."

The pandemic has caused havoc for the band as not only did they have to axe their tour plans, they haven't even been able to see one another properly to work on new music in the way they'd like to.

They explained: "On the negative side we were set to do tours in Japan and the UK this year. But obviously that can’t happen until next year- all going well in the world.

"It’s been hard for the two of us to catch up and get work done together as Melbourne has been under strict lockdown for most of the year and at the moment we can’t travel further than 5km from our homes!"

However, the enforced break has meant the Australian duo will have plenty of new songs to show off to fans when they do get back on the road.

They added: "The positive has definitely been that we had that extra time to write more songs at the beginning of the year when the lockdown wasn’t as severe. So we’re really looking forward to getting those out and touring with them next year."

And once there's more scope to move around, the duo are considering relocating to the UK.

They said: "It’s been so great receiving such support on the UK. We loved touring last year all over and we would absolutely consider moving over as it makes a lot of sense for us!"