Power Metal Band HammerFall Is Immortalized as a Slots Game

Hammerfall team up with Play'n GO with new slots game.

HammerFall is one of the most famous power metal bands in Europe. The world-renowned metal band has now teamed up with the Swedish online casino software company Play'n GO. This software provider has created engaging music-themed slots since 2018 as they decided to launch an epic slots series focusing on rock bands. The incursion on this slots sub-genre paid off as these games have proven to be a real success right from the beginning. 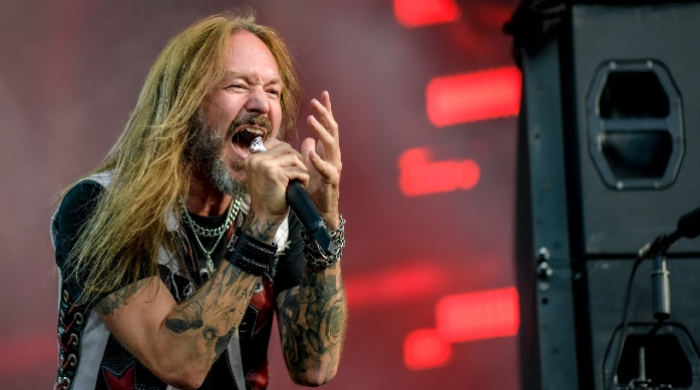 As an interested player, comparing casino bonuses for this music slots game is important. The payout potential of this virtual slot machine is substantial. Having the right bonus makes a huge difference because some bonuses have stricter terms and conditions than others. It makes sense to find the most liberal wagering requirements to enjoy this music-oriented casino game to the max.

How HammerFall (Slots) Came Into Being?

The Swedish power metal band has its roots in Gothenburg. The early days of HammerFall lead way back into the year 1993 as the ex-Ceremonial Oath rhythm guitarist Oscar Dronjak asked Jesper Strömblad to join him in a new band. Oscar had already started working on "Steel Meets Steel" with the track released later as part of their debut album. The years between 1993 and today have resulted in over ten studio albums, including Renegade (2000), Infected (2011), Built to Last (2016), and Dominion (2019).

Johan Törnqvist, the CEO of Play'n GO, has said that the music slots represent both their company as a creative unit and the featured bands. Instead of slapping a few tracks onto a regular slot machine, they want to capture the inner persona of the chosen bands. They clearly take things a few steps further than some of the companies in this market. For instance, they want to make sure that the gameplay matches the band's overall style and music.

Essentials of the HammerFall Slots Game

The HammerFall slot game, released in May 2021, uses a 7×7 grid that churns out high-variance winnings with an overall RTP of 96.2%. The max win in HammerFalls slots is a staggering 30,000x that blows many of the software provider's other games out of the water. The game mechanics are based on the Cluster Pays engine. That means you'll have to get 5 or more symbols on the reels in adjacent positions. The various positions should create a visible cluster.

The highest value symbol is the band's mascot called Hector. Depending on the circumstances, you could get back from 2.5x up to 500x of the total stake. The 500x pay-out can happen if you get 15 or more Hector symbols within a single cluster. All of the low-value symbols are gemstones, whereas the other higher-value symbols include shields with sun, moon, and hammer images. The band's official logo is the wild symbol in this game.

The team behind HammerFall slot game has really taken its time to make the entire experience amazing. Just take a look at some of the top features that this slot machine has to offer...

Hammer Meter: Every time you get a winning cluster, the Hammer Meter charges a bit more. In order to completely charge the Hammer Metter, you need to get 25 winning symbols in total. This is followed by the activation of a Music Feature: Twilight Princess, And Yet I Smile, or Second to None.

Super Tiles: Every time you spin, some of the positions randomly highlight behind the slot grid. Activation of the Super Tile happens after getting a winning combination on that exact spot, followed by a Lightning Wild appearing on the highlighted position. The cluster winning symbols disappear, but the Lightning Wilds remain on the grid.