The cast of 'Pitch Perfect' are feeling under pressure ahead of the sequel, according to Ben Platt. 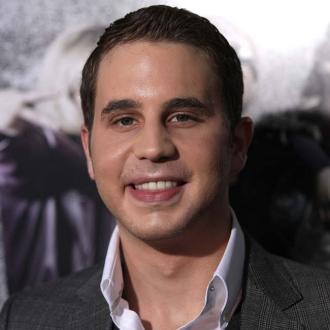 Ben Platt says the cast of 'Pitch Perfect' are feeling the pressure ahead of the sequel.

The actor, who has starred in the popular Broadway production 'The Book of Mormon', acknowledges that the eagerly-awaited sequel will be ''put under the microscope'' by fans and critics.

He told The Hollywood Reporter: ''There's a little bit more pressure because everyone knows what Pitch Perfect is.

''It's as if we're revisiting out first experience, but it's been blown up and it's kind of under a microscope in a certain way.''

Platt is set to reprise the role of Benji Applebaum in the new flick, which will see the majority of the original cast reunite.

The new film will feature Anna Kendrick, Rebel Wilson and Adam DeVine, as well as Anna Camp and Brittany Snow.

She explained: ''I've never felt like I've exactly traded on my looks.

''When I was a teenager, I was an ultra-late bloomer, and my mom would say it was a blessing, because it means you never have to wonder if guys are only interested in you because you've got boobs.

''I would have been thrilled if guys were interested in me because of my boobs!''