Universal head of company Adam Fogelson has announced the sequel to 'Pitch Perfect' will be released in 2015. 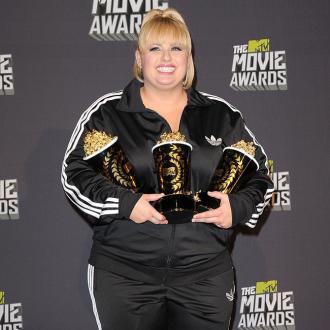 Universal have announced the sequel to 'Pitch Perfect' will be released in 2015.

Screenwriter Kay Cannon will return to pen the movie, which will see Anna Kendrick and Rebel Wilson among others reprise their roles.

Rebel - who won Best Breakthrough Performance at the ceremony on Sunday - previously admitted she learned to dance ''like a stripper'' for her role in the film as she was determined to be flexible for the part.

She said: ''We had a session on dancing a bit like a stripper. It was about dropping it low and shaking your a**e and not bending the wrong way because then you hurt your back.

''I would have lost weight, except for the fact we would go out for dinner at the end of the day and shovel our faces with Southern food.''

Fogelson also announced that the sequel to 2012 action film 'Snow White and the Huntsman' will come out in the same year, though it was previously announced director Rupert Saunders will not return to helm the feature after his affair with star Kristen Stewart.