Pippa Middleton was among the family members to gather at Kensington Palace to meet the new Prince of Cambridge after he was discharged from hospital with her older sister Duchess Catherine on Tuesday (23.07.13). 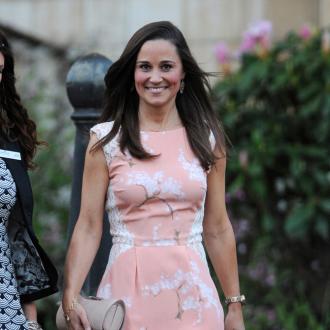 The Duke and Duchess of Cambridge enjoyed an intimate celebration after bringing their newborn son back to Kensington Palace.

Duchess Catherine's younger sister, Pippa Middleton, was among those invited to meet her little nephew, the Prince of Cambridge, whose name has not yet been decided, for the first time on Tuesday evening (23.07.13).

The 29-year-old party planner was spotted arriving at the west London palace with her boyfriend Nico Jackson shortly after William drove his wife, 31, and baby boy there after they were discharged from the private Lindo Wing of St Mary's Hospital in Paddington, London.

The royal couple, who married in June 2011, are expected to spend two weeks at the palace, while William is on paternity leave from the Royal Air Force (RAF).

Catherine will then stay with her parents in Buckinghamshire with the baby for six weeks to help her adjust to motherhood.

Speaking outside the hospital on Tuesday evening as they proudly posed for pictures for the first time with their son, who was born on Monday (22.07.13), William said: ''He's got a good pair of lungs on him that's for sure.

''He's a big boy, he's quite heavy. We're still working on a name so we'll have that as soon as we can, but it's the first time we've seen him really so we're having a proper chance to catch up.''

Asked how she is feeling, Duchess Catherine said: ''Very emotional. It's such a special time, I think any parent can probably, sort of, understand what the feeling feels like.''

The Duke Of Cambridge added: ''It's very special.''