Former R.E.M. guitarist Peter Buck has started work on his first solo album and the material will be different from other stuff he's done. 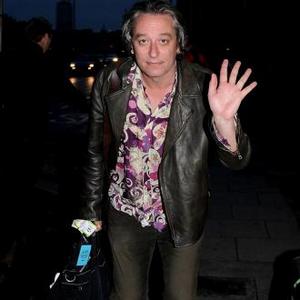 The musician is to be the first member of the 'Losing My Religion' group to release his own record following their split last year, with the material reportedly very different to the band's sound.

Scott McCaughey, longtime R.E.M. sideman and regular collaborator with Peter in groups Minus 5 and the Baseball Project told KIRO 97.3 radio show Seattle Sounds: ''The material is going to be pretty out.''

He didn't give any other details about the record, but said it would be possible Peter will even sing on the album, which he never did in R.E.M.

McCaughey also said Buck is considering putting the album out only on vinyl and declining to release it as a download.

He said: ''Who says I have to be a songwriter? I'm in a place right now where I don't know what the future holds for me It's unfathomable to me right now. What would it sound like? Watered-down R.E.M?''