Stand-up star Pete Davidson is set to play the titular role in 'I Slept With Joey Ramone'. 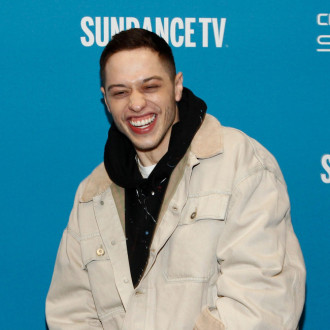 Pete Davidson is set to star in the Netflix biopic 'I Slept With Joey Ramone'.

The 27-year-old comedian is set to team up with director Jason Orley for the third time in his career, having previously worked with him on 'Pete Davidson: Alive From New York' and 'Big Time Adolescence'.

The upcoming project will see Pete star as the punk rock pioneer as they relive his rise through the music industry, Variety reports.

The movie is centred around the memoir of the same name by Ramone’s brother, Mickey Leigh, who is executive producing the Netflix project alongside Pete, Rory Rosegarten, and David Spiegelman.

The 'Saturday Night Live' star and the director have also co-written the screenplay, and Adam Fogelson, the chairman of STX Motion Picture Group, has teased what fans of the late musician can expect from the film.

He said: "When you share a bed with someone - and not just a bed, but a childhood, a family, and a lifetime - you know that person better than anybody else. Mickey Leigh not only collaborated with his big brother’s band - he has irreplaceable memories of and insights into Joey Ramone, having supported him when no one else would and witnessed him overcome adversity in the most dramatic way.

"'I Slept with Joey Ramone’ is a great rock anthem that will make an equally great rock biopic, set apart by a universal story of family."

Meanwhile, Pete recently revealed he's moved into his own home, after previously living with his mother.

In a recorded video call shared on TikTok, Pete said: "I just moved out of my mom's house. I'm fully out. I got a pad."

In the video clip, Pete showed off his new surroundings, including his large TV and a few pictures on the walls.

The comedian previously admitted he was planning to move out sometime this year.

He joked in February: "In some ways, I like the pandemic Valentine's because it's the first time being alone wasn't my fault.

"I spent the night eating chocolates and watching a movie with my mom, which is why I'm officially moving out of the house. One of us has to go."