Paul Mescal will star in the Rolling Stones' music video for their latest single 'Scarlet'. 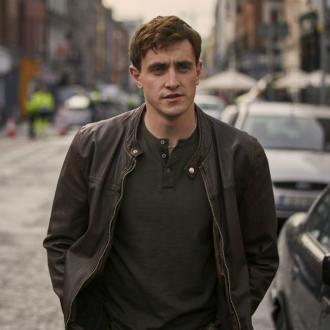 The 'Normal People' actor will play a rocker in the promo clip for the veteran group's new single 'Scarlet' and is delighted to have the chance to work with ''music legends''.

And for the 'Brown Sugar' hitmakers, they hope Paul's appearance will introduce them to a new generation of fans.

A source told The Sun newspaper's Bizarre column: ''It's a massive collaboration and a great coup to get Paul on board.

''He's one of the biggest stars in the world right now, but obviously he was keen to work with some music legends too.

''Universal man­ag­ed to pull off the partnership at just the right time, and everyone involved is seriously excited.

''Paul plays a hunky party boy in the film, and no doubt there will be a whole new set of fans of his who will want to check it out too, as well as the band's fanbase.

''The plan is to finalise it over the next few days. Hopefully fans will get to see the results very soon.''

The track was originally recorded in October 1974 but had not been heard before now, and will feature on the upcoming multi-format reissue of the band's 1973 album 'Goats Head Soup'.

The track was only a demo born out of a jamming session with Page, but it turned out so well, the 'Satisfaction' rockers felt it should be shared with the world.

Mick said: ''I remember first jamming this with Jimmy and Keith [Richards, guitarist] in Ronnie's [Wood, guitarist] basement studio. It was a great session.''

Keith added: ''My recollection is we walked in at the end of a Zeppelin session. They were just leaving, and we were booked in next and I believe that Jimmy decided to stay. We weren't actually cutting it as a track, it was basically for a demo, a demonstration, you know, just to get the feel of it, but it came out well, with a line up like that, you know, we better use it.''